The show is awesome and the fans of extreme TV challenges are willing to watch it for a long time. What is this all about and what should we be waiting for? Bullseye is broadcast by Fox Channel. The first episode was shown on the 27th of May 2015. There are 8 one hour episodes of Bullseye in total. Presented by Kellan Lutz and Godfrey it’s still one of the most popular American entertainment projects.

The hosts and the presenters of Bullseye are Kellan Lutz (famous for his roles in action films) and Godfrey (a well-known comedian). That’s an exciting competition project that lets its contestants show themselves fighting for the main prize – a large sum of money. They have to do their best and not be afraid to test their knowledge and their physical and mental state in unique and ultimate competitions. They must be concentrated and stubborn in order to hit that bulls-eye! 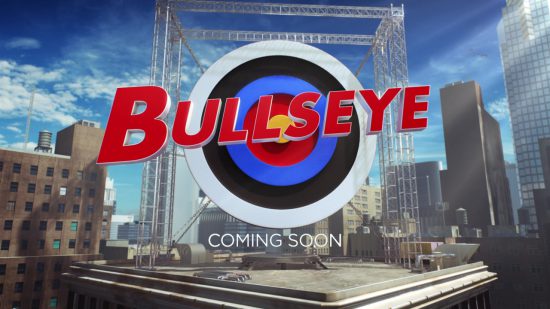 The participants of Bullseye reality are fierce and emotional. They are weekend warriors brave enough to take part in three steps of the competition. These extraordinary and truly hard challenges will make the contestants collect their wits involving their muscles and their brains at a time. Their bodies turn into human darts for the game where they have to hit the targets. The action may take place on land, water and in the air. The ones able to sharply get to the aim pass to the next level.

The first step the contestants pass through is not the easiest one. Eight people participate in it. Their task is to hit the center of a target. The target itself is stable, but each contestant will have to bear extreme difficulties: he or she will be either leaped from a wheeler at about 20 meters high or pulled high by a helicopter. They also may act like slingshots. This step starts with four women and four men in the team. After the competition, two men and two women are eliminated. 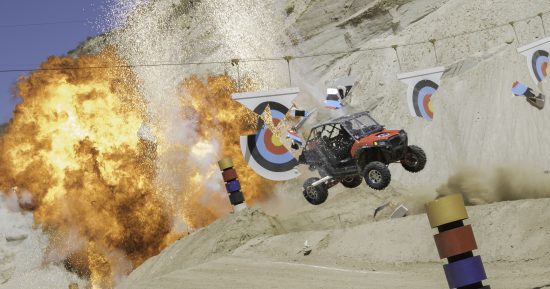 The second step starts with four competitors left in the team. They race as fast as they can hitting the targets. The more targets they hit, the better. Nevertheless, the race is not that simple – while running, the contestants will have to pass through the obstacles, jump, descend and quickly pass between speedboats. Only one contestant is eliminated on this level.
The third step starts with three competitors racing against the clock. Here they have to be as fast as they can. The competitors will have to take control over gravity and laws of physics. They’ll also have to stay concentrated, cause if they lose, they get nothing and the money prize is very satisfying – $50,000.

Gonna Be Released or Cancelled?

Nope, not cancelled. However, being not officially cancelled, Bullseye wasn’t renewed for season 2 because of the lack of budget. Don’t forget to check for the latest news to know whether the producers will agree to continue this project or not.