Anh’s Brush with Fame, is a TV series created and released in Australia. The first season conceited of eight episodes. ABC started airing the show from the 24th of August 2016. The star of the program is Anh Do – a comedian with outstanding artistic skills. In every new episode, he paints a portrait of some famous person invited to the episode for a nice friendly conversation.
A number of celebrities participated in the project. They are Magda Szubanski, Amanda Keller, Jimmy Barnes, Anthony Mundine, Craig McLachlan, Dr Charlie Teo, Kyle Sandilands and Kate Ceberano.
Do is an experienced, talented, accomplished artist. He is the owner of numerous prizes and awards. Was an Archibald Prize finalist.

Anh Do got to Australia together with his family as one of the refugees in 1980. Do tells that his family had to spend five days surviving in a fishing boat with leaks. It was two meters wide and nine and a half meters long. All this time the family had to protect themselves from pirates. After the first pirates’ attack, they lost one engine. Later, another group of pirates stole the second engine. In the end, Anh’s family was saved by a merchant ship coming from Germany. There were 40 more Vietnamese refugees on board. The people were crammed as if they were sardines in a can. This lucky refugee was patient and persistent enough to receive numerous awards for his achievements in literature and art.
Anh Do got his secondary education at St Aloysius’ College. At 14, he decided to start his personal business – tropical fish breeding. He also studied law in Sydney’s University of Technology. When he finally got his Business Law degree, he decided to change his plans for the future. He tried himself in the sphere of stand-up comedy. From 2013 Do has been focused on art and painting. In 2016, Do became a host of Anh’s Brush with Fame. 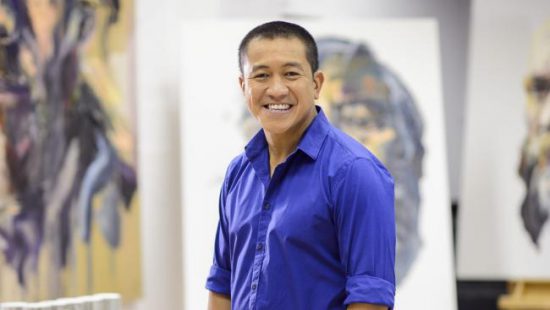 Anh Do’s wife is Suzanne (he calls her Suzie). They’ve got four children: three sons and a daughter.

Second season release date of Anh’s Brush with Fame hasn’t been officially announced by ABC channel, however, the show isn’t cancelled due to its high popularity among lovers of warm and kind TV conversations with celebrities in a down-to-earth atmosphere. For those interested when Anh’s Brush with Fame will get back on track in 2017, subscribe to the news and wait for the updates.