Alone is an American reality TV project. It consists of 2 seasons with 24 episodes in total. The show came out on the 18th of June 2015 and is still running. The filming took place in British Columbia. Alone follows the life of ten people surviving out in the wild as long as they can. The contestants have no contact with each other. The winner gets the prize of $500,000.

Ten participants are sent far away to remote areas of Vancouver Island. One of the key points there is that they’re may not have direct contact with each other. Of course, they are sent with a set of survival gear, but the number of items they can take is restricted to ten. They can be chosen out of the 50 suggested items from the list. They are usually standard kits for survival with warm clothing, medicine and some emergency tools. The participants are also provided with cameras to film their everyday survival experience and real emotions.

The contestants do their best to survive for as long as they can. They have to hunt, build warm shelters to protect themselves from the wild animals. They experience extreme stress surviving in isolation and getting through tense psychological pressure. Each of the contestants has the right to leave the competition using a special satellite phone. This way they can get out of the project. But there is no going back. To use that phone means losing. Of course, it’s a better way to leave it than, say, to become a snack a hungry bear.
The last one who manages to stay alive gets a $500,000 money prize. The show can last for a whole year, but the crew warns the contestants about that beforehand.

They barely have any gear.  The dangerous wilderness is around them. They use cameras to document their every step. Brave and self-confident men, women, torn out of habitual reality, they navigate through tough, harsh, unforgiving nature. They have to search for food, water and shelter. They fight the unknown and grow their character. Mother Nature has some wild surprises in store for everyone. From black bears to cougars, from severe winds to never-ending rains, it’s all there. It was always there. The contestants must show ingenuity and creativity to build stoves, plumbing systems, simple weapons, rafts and boats, and more. 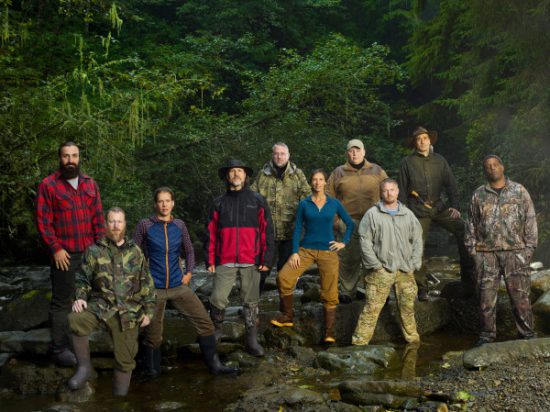 On the 19th of August 2015, the renewal for the second season was announced. The premiere episode of the second season came out on the 21st of April 2016.
The third season started filming in spring this year in Patagonia. The release date of the third season is yet to be scheduled. What we do know is that a new episode will come out. There is no doubt about that. Not with how popular this project is. The suspense is not what drives this reality show. It’s what it is. Stay tuned and be the first to find out the release date for Season 3.