Are you fond of parodies? If the answer is yes, welcome to the animated show “Total Drama Presents: The Ridonculous Race”. Here, you will get to enjoy a comedy action full of adventures all over the world.

Who are the creators?

Total Drama Presents: The Ridonculous Race is a branding extension of Total Drama series, a Canadian multipart animation comedy, a parody. The original series premiered back in 2007 on Teletoon, a Canadian network. 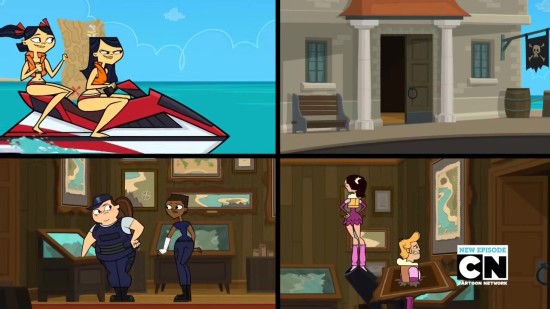 The spin-off is developed by Fresh TV Inc. together with Teletoon. The British company Cake Entertainment based in London is the distributor. It is interesting that it deals with the content for children. The first season debut date was September 7, 2015, and the beginning of January this year, Canada. This is, however, a curious fact. The Canadian series was released in America earlier than in its home country.

The essence of the story

The series is a parody of competitive reality shows. The first part of Total Drama Presents: The Ridonculous Race consists mainly of new characters. Only some of them came from the original series. They are Noah, Leonard, Owen, and Jeff.
All the characters are split into 18 groups. Each only consists of two people. They must finish their tasks, traveling all around the world. And that includes Morocco, Iceland, Brazil, France, Russia, Zimbabwe and many other countries. The competition is exciting to watch for fans of adventure. The conditions are sometimes very severe and dangerous. The prize the teams fight for is a million of Canadian dollars. So the matter seems to be serious, doesn’t it?
The competitors visit a particular country in every part of the series. In each location, the team should go to a "Don Box" to get the clues. They will let them decide which challenge they want to do.
The tasks can be of the following types. An "either-or", a "botch-or-watch", an "all-in" or a "superteam’. The first one gives the teams an opportunity to choose between two challenges. The "botch-or-watch" must be completed by one person from the pair, particularly the member who has not taken on a prior challenge’s element. In the third type of the tasks, both group members should participate. And the "super team", the fourth and the last type of challenge, is to be accomplished by all teams together. 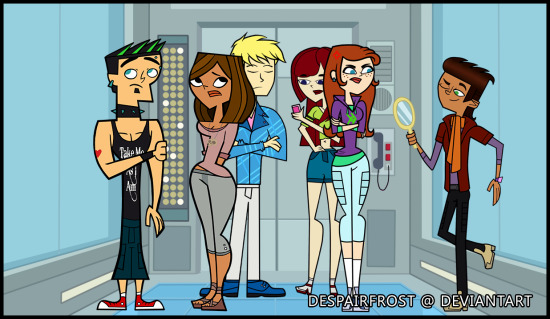 Will the premiere of the second season take place?

As ratings of the first chapter of the series have shown, the cartoon was accepted by the audience with flying colors. Thus, there is a reason to believe that the second part is going to entertain us soon. Nevertheless, there are no announcements from the developers concerning the Total Drama Presents: The Ridonculous Race season 2 release date. There is no reason to worry. The series is still on air, and it is too early to speak about the continuation of the story.

There was no reason to worry several months ago. There might be one now. The first season is no longer on air, and yet, there have been no words about the fate of season two, which is somewhat disconcerting. Nevertheless, we shouldn’t despair. News about the future of the project might eventually arrive. All we can do is to be patient.
We will be monitoring the situation in your stead. If you subscribe to us, we will inform you immediately after something changes.