From animator Joeri Christaen, the CGI-animated series we are going to discuss now turns to be a joint venture of French and Belgian companies. Team TO, Cake Entertainment, and Thuristar are the exact names of the studios. Perrine Gauthier and Corinne Kouper come to produce the animated project as executives. The story for children was created for English, German, Flemish, and French viewers at once. Appearing in the U.S. for the first time much recently on Cartoon Network, the story was given a start but the question is whether the ratings are so much decent to let the second season premiere take place. The renewal is a thing we may expect but My Knight and Me season 2 release date is certainly not close to coming.

What a young person of for instance seven years need? Definitely, such audience needs a compelling story about bright characters that set off on an important mission. My Knight and Me has covered all these requirements.
The story takes place in the medieval times when princesses and knights were roaming the streets. The main characters here are Jimmy the Squire, his daring tomboy friend Cat the Princess, and his dad, good-natured knight Henri of Orange. Together they take over the important mission of saving the kingdom.
The lead roles are voiced by such cast members as Jules de Jongh, Kaycie Chase, and David Gasman.

Getting Closer to the Feedback 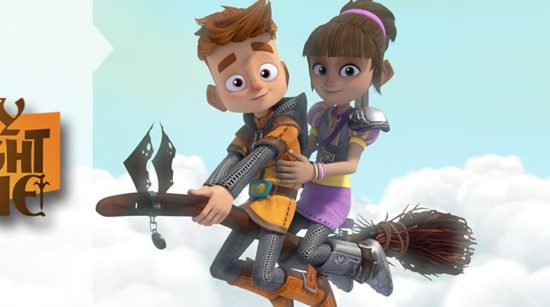 With the first season release date known as January 2, 2017, in the U.S., it seems a bit strange to search for the announcement of the revival. Surely, it is crazy to speak also about the second season air date. The global roll-out campaign of delivering this kind-hearted animated movie is just at its start. In fact, if not considering the average ratings, everything would have been much easier in terms of determining the fate of the project. However, there is not so inspiring situation here.
Succinctly, the reviews for My Knight and Me are average, with the show earning merely 4.8 out of 10 on IMDb. It is garnering almost 0.6 million people per each new episode on the channel. To sum it up, it is not a rating hit, yet not a complete flop either. Many people seem to be interested in this animation. Therefore, the possibility that we will keep on following the life of the trio is still great.