This summer your child will enjoy the adventure of pets in the animated movie “The Secret Life of Pets”. The developers assure that it will not be a simple story. What should we really expect from the cartoon?

The creators and voice cast 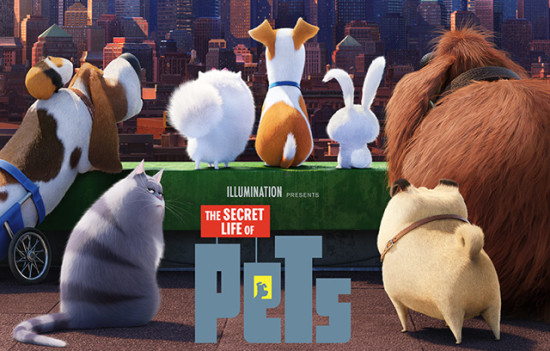 The immediate directors of the cartoon are reckoned to be Chris Renaud, Yarrow Cheney. The team of screenwriters is presented by Cinco Paul, Ken Daurio, and also Brian Lynch.
The production studio Universal Pictures Illumination Entertainment has picked the following actors for voicing the main characters: Kevin Hart, Louis C.K., Eric Stonestreet Lake Bell, Bobby Moynihan, Hannibal Buress, Albert Brooks, and some others.
Kevin Hart, who provides his voice to the principal character, by the way, is reckoned to be the most popular star this year according to Universal. 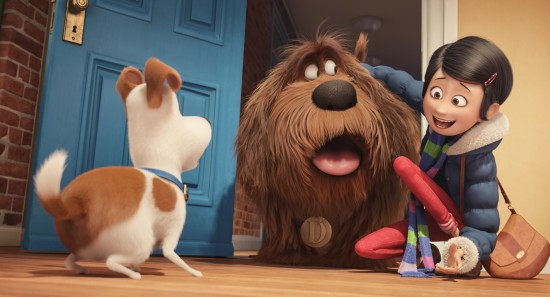 We are all sure that we know our pets to the tips of the fingers. This comedy is expected to turn our ideas about the pets’ life upside down. We are to become sure that as according to the proverb, appearances are deceptive.
The main character of the cartoon is a nice white and so small rabbit. Looking at this cute creature, one could not even imagine that it is able to become the leader of the rebellious troops of abandoned pets that are eager to take revenge on the animals that have taken their place in the house and in the hearts of their owners. Does it sound interesting? Surely, it is, at least, unusual for such genre as the animation movie.
Everything we just mentioned is about the main character of the cartoon – its name is Snowball.
The action takes place by the way in one Manhattan apartment building and in its surrounding territory.
As for the characters, we should also pay attention to Max and Duke. Max is a terrier; his life turned its back on him when Duke appears in his house. Duke is a sloppy pooch whom Max begins to hate at once. However, they have to bring their constant quarrels to a quick stop when they get to know that the lovely bunny about which we have already talked is creating an army of abandoned pets which goal is to punish all the happy pets and their owners.
Max’s and Duke’s goal from now is to unite all their power to defeat the bunny and its troops.
So the cartoon will surely expose that animals have also their feelings. They like people are anxious to be cared about and to obtain at least some warming encouragement from their owners. 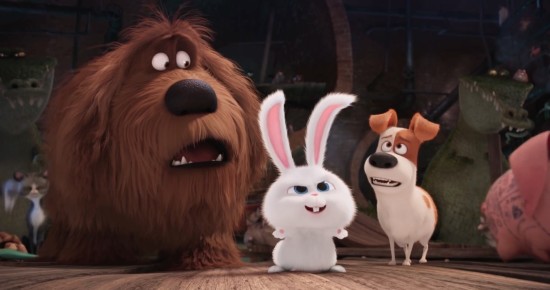 The developers did not hesitate and unveiled the day when we are going to watch the premiere of the cartoon in the genre of adventurous comedy that, however, contains a deep learning experience not only for children but also for adults. Thus, the Secret Life of Pets release date is to be July 8, 2016.
Waiting for the premiere of the cartoon to come, one can enjoy now a teaser and posters of the anticipated movie. The video is mainly about the principal character. However, it is expected that other heroes will be given much more attention in the following teasers.