An embarrassing comedy animation has been recently prereleased to give the audience a clear picture of what the viewers should expect from the upcoming film chock-full of nonsense and jokes. 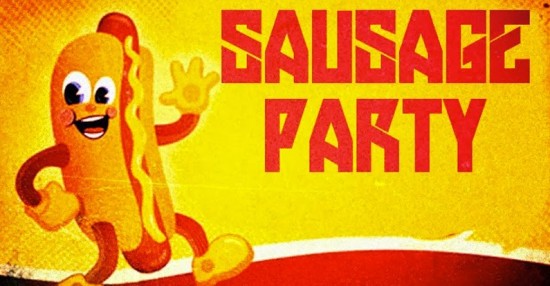 If to be brief, "Sausage Party" is a smutty cartoon about one sausage’s quest made to determine the verity about his origin and life. After escaping a shopping cart, our main character and his new fellows begin a dangerous trip through the supermarket to turn back to their native places before the 4th of July sale.
However, such a sharp comedy could be left without a more detailed description. So let’s give it a piece of special attention.
So our main characters are nothing else but food products. This unusual team consists of: 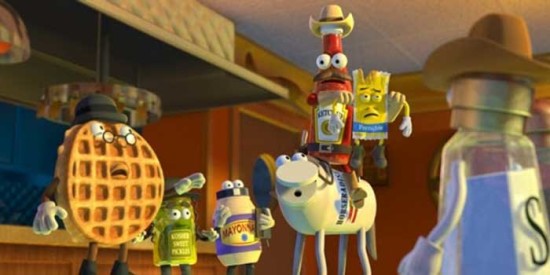 They are anxious to be chosen by “gods” and taken to the world that is not within the boundaries of the shop. After a range of unfortunate on-goings, they become separated from their packages. Their way home is hazardous.  Frank begins to conceive the fact that the gods may have more ruinous plans for them than they have expected.
While Sausage Party depicts violence against food, and it has the religious aspects to our great surprise as the comedy is a complete absurd.
The film turns to be unexpectedly about how any religion pulls the wool over the eyes of the people. Thus, the story is thought-provoking.

Prerelease matters and the received ratings

The film was launched at the SXSW Film Festival in an incomplete version. And even in its raw variant, Sausage Party is amusing.  However, there is still much effort to be applied to make the film perfect.
The most important scenes weren’t fully transmitted, others were still half-baked. A great amount of the climax included only frames – in such a way the scriptwriters made the viewers ready to the viewing of a movie that was literally not finished.
The theater was chock-full of viewers who were eager to enjoy the comedy (and it goes about practically 1,200 people theater capacity).
Thus, the premiere is going to be exciting at least in terms of articles that are to be published after the full release of the scandal comedy.

The launch of the comedy is appointed for the end of this summer. To be more precise, the Sausage Party release date is considered to be August 12, 2016. Those who have highly appreciated the humor of the prereleased version, let’s look forward to the appearance of the film and stay tuned in order not o miss important news from official resources.