It is a wonderful teaching story about friends who are exploring their area on which they live together. The first season has come to an end. It’s high time that developers could announce about the continuation of the story. But to the regret of children, the story is yet to be renewed by the creators. 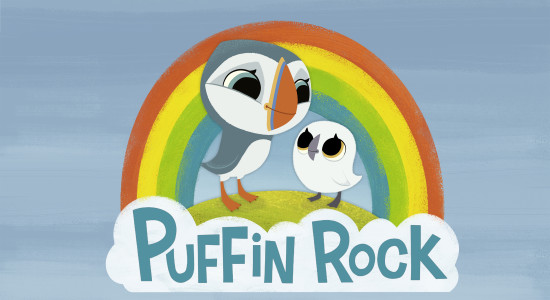 Puffin Rock is considered to be a newly produced animated series for small kids. It is available, however, only on the Netflix network. A first season consisting of 13 episodes was launched on September 1, 2015. The role of English-speaking narrator is taken by Chris O’Dowd. The series can be watched also in such countries as France, Germany, Latin America, and Benelux. In every country, there is a special language version of the series.
The production team includes the following companies: Cartoon Saloon, Dog Ears and Penguin Random House with the chief executive producers Fionnuala Deane and Francesca Dow.
The voice cast consists of such actors and actresses as Kate McCafferty, Jim Graig, Laura McCallan, Sally and Anna McDaid, Brenn Doherty, and some other star actors.

What is the story for children about? 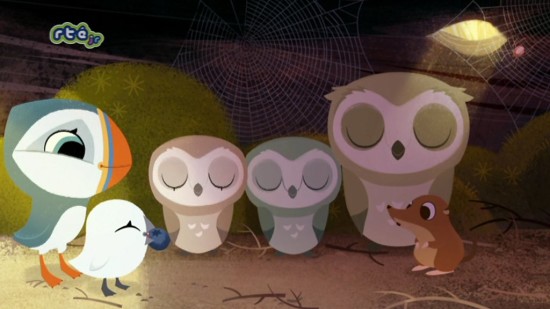 A kind plot is set on the imagined island near Ireland. The main character here is a small puffin Oona (she doesn’t go to school so far and treats every day as a new opportunity to investigate the surrounding world), her brother Baba, and their friends: Mossy, May, Silky, Otto, Bernie, and Flynne.

All together they investigate the diverse arrays of sea, land and sky. Every episode they get acquainted with new creatures that inhabit the exploring areas. So the story comes to be very educative and insightful. 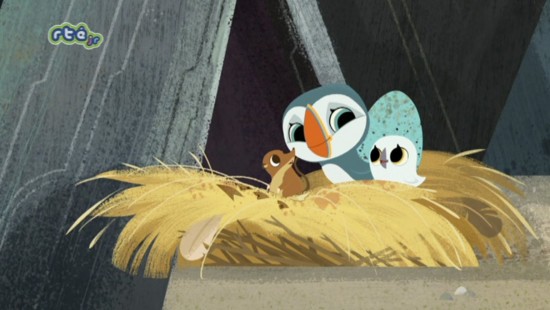 Though the release of the first season is over on Netflix, the producers do not hurry to acknowledge us with the second season or, at least, some information about possible renewals. It seems that they are pondering whether to keep the production of the series or not. Let’s hope for the best and wait for the Puffin Rock season 2 release date to be scheduled.