Arthur is an animated TV project for kids created for PBS network. The action of the show takes place in the city of Elwood (the place id fictional). The central character is Arthur Read. He’s an eight year old aardvark. He is portrayed together with his friends and family. The viewers follow their everyday interactions and a number of situation they have to face from time to time.

Almost every new episode is based on the series of books with the same title. The author of the books is Marc Brown. The production of the show started in 1994. The first season air date was on the 2nd of September 1996 (yeah, that’s a long lasting project). Since its first season premiere, Arthur has passed through 225 half hour episodes in total. The voice cast is the same throughout the years. It’s one of the longest running educational animated projects for kids. The only show that enjoys more popularity is the well-known Sesame Street. 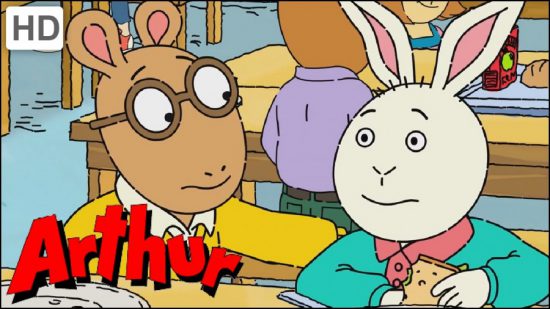 The show depicts and easily explains numerous problems of nowadays society in a simple form. The show deals with such things as asthma, cancer, AIDS, dyslexia, diabetes and Asperger syndrome. Arthur manages to encourage reading books and useful magazines, family communication and positive relationships with friends. The show does its best to unite people of all ages, skin colors and nationalities. Although Arthur was initially invented for kids, older viewers from all over the world get more and more interested in it.

Eight-year-old Arthur Read is an aardvark living in Elwood City. He’s a student of Lakewood Elementary School. He’s got a father named David and a mother named Jane. In addition, he’s got two sisters named Dora and Kate. His dog’s name is Pal. Arthur often communicates with his friends of different ethnic and social backgrounds. He also meets his extended family members. 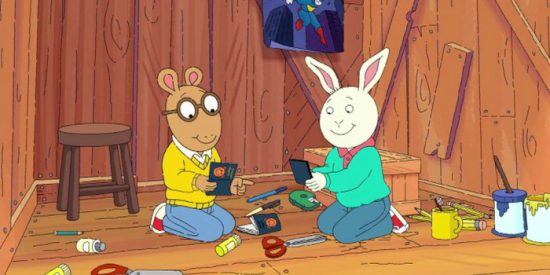 The kids beg their parents to let them watch the series again and again. The show empowers young viewers follow their dreams. No matter who you want to be: a basketball player, a writer, a painter or a filmmaker – Arthur is always ready to show that determination rules and hard work is always rewarded. The characters of Arthur serves as role models for young audience reinforcing important truths .
The series received several awards and nominations due to its geniality and unique comic atmosphere. That’s an entertaining project covering a lot of childhood issues. Most of things demonstrated in the show has been experienced by kids before. The little ones are encouraged to respect their family members and friends.

Still interested when further updates will be released? Check this out: in the end of 2015, the show was officially prolonged for the 20th and 21st season. A number of special episodes will follow. No info about the release dates is known yet, but the updates are almost here to stay!