The loyal following of Yamada-kun and the Seven Witches should feel now much anticipated about the renewal as the project is on the edge of cancellation with its second part being already detained.

The previous spring was a special season for those who had been longing for the romantic anime “Yamada-kun to 7-nin no Majo” (or as the English title offers to call it – “Yamada-kun and the Seven Witches”). Appearing in April, the story started to garner the reputation for its studio LIDEN FILMS. 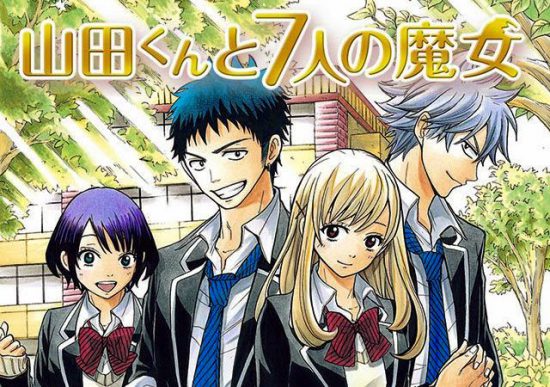 The mystical speckles of the story seem to attract the viewers with each coming episode but as the matter stands, the series has turned to be added to those projects that have supposedly no future.
Introduced so far as a single one, the first circle of episodes was broadcasted on such Japanese channels as TV Hokkaido, TV Aichi, Tokyo MX. The universal airing was enabled due to the online resource named Crunchyroll.

If to believe one legend wandering among the students of an academy, it stands as a home to seven witches. This fable implies also that there is no need to be afraid of them as those who manage to find them are to be given a special chance of making one of the dreams come true.
Do you feel like curious? If yes, let us intensify this feeling by saying that these witches are not conscious of their supernatural talents considering that they are just simply studying at the academy. 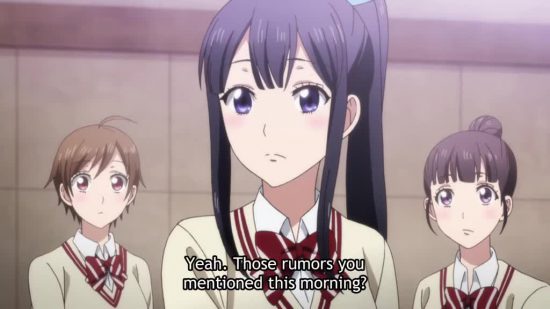 It seems to be a high time to introduce the main character named Yamada. He is nobody but a fortunate soul performing an important role at the academy serving as a hooligan there.
So he gets luck revealing by chance that the most assiduous and decent girl named Shiraishi Urara is one of those witches. You may ask now, what her special supernatural ability is. The case is that she is possession of a flair for exchanging bodies with other people. She makes the transformation possible only by kissing them.
This pair of enthusiasts embarks on making experiments which result in these two taking a much keener interest in kissing than experiencing these journeys from one body to another. So they lose their hearts to each other.
As the story needs it, their secret is accidentally exposed. Thus, the time to start chasing the witches has come.

Enjoying the adventures of the main characters, we are destined to deal with middling graphics much to the regret of all of us. But it is quite explainable as the series is a child of the studio that is peculiar for the lack of experience in creating anime projects. So let’s just forgive the creators for such punch item.

Can we be left out in the cold?

As the general impression is quite promising, there can be no doubts residing in our souls that the series can be just simply canceled. So great chances exist that the series will be resumed and we will get to know the Yamada-kun to 7-nin no Majo season 2 release date sometime in the future.