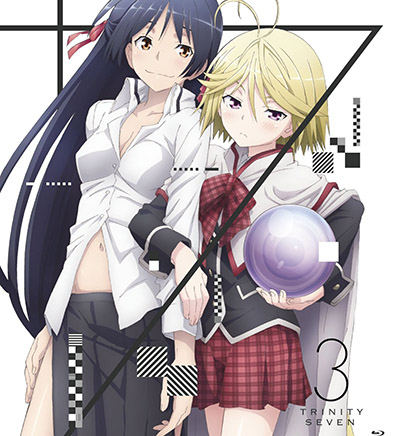 The Seven Arcs Pictures is on the way to some new ideas! Though the release date is unknown yet the creators of the show are not planning to cancel the show. The director of Trinity Seven, Kenji Saito Kasuga shares with us a story of a typical schoolboy named Arata who lives a typical life in a typical environment. He’s got a cousin named Hijiri – unfortunately, his parents died and he came to live with the family of his cousin brother.

The series premiered on the 1st of September, 2014 in Japan. It seems that the second season is on the go cause the show turned out to be really exciting.

This is a romantic comedy with elements of magic, science fiction and fantasy. Arata Kasuga – the protagonist of the story leads a usual life and lives together with his cousin brother Hijiri Kasuga, until a strange girl passes him by on the street and tells him to wake up or she will have to murder him. After that he feels bothered by everything surrounding him –even by the shape of the sun above his head.

Unpredictably, a “Collapse Phenomenon” destructs the world and wipes out the habitual life. After the worldwide catastrophe, they find themselves in a parallel world – almost totally destructed. There Arata enters the Royal Biblia Academy. He gets acquainted to seven gorgeous female wizards called The Trinity Seven.

The world they lived in before was illusory. Arata wakes up after a long dream and starts a new life in an unpredictable world of reality.

The TV series is based on manga series created in December 2010 published in Dragon Age magazine. It was licensed by American Yen Press Company and TV version appeared only in four years after the manga series.

The critics said that Trinity Seven is quite a n unpredictable type of anime series – humorous moments of the show always have a serious idea hidden inside. It’s a typical harem series with probably too much romance, but the critics also say that the positive point of the story is that the main character never lets anyone give him orders or control. They think it to be a very necessary trait of character for a young man of his age. 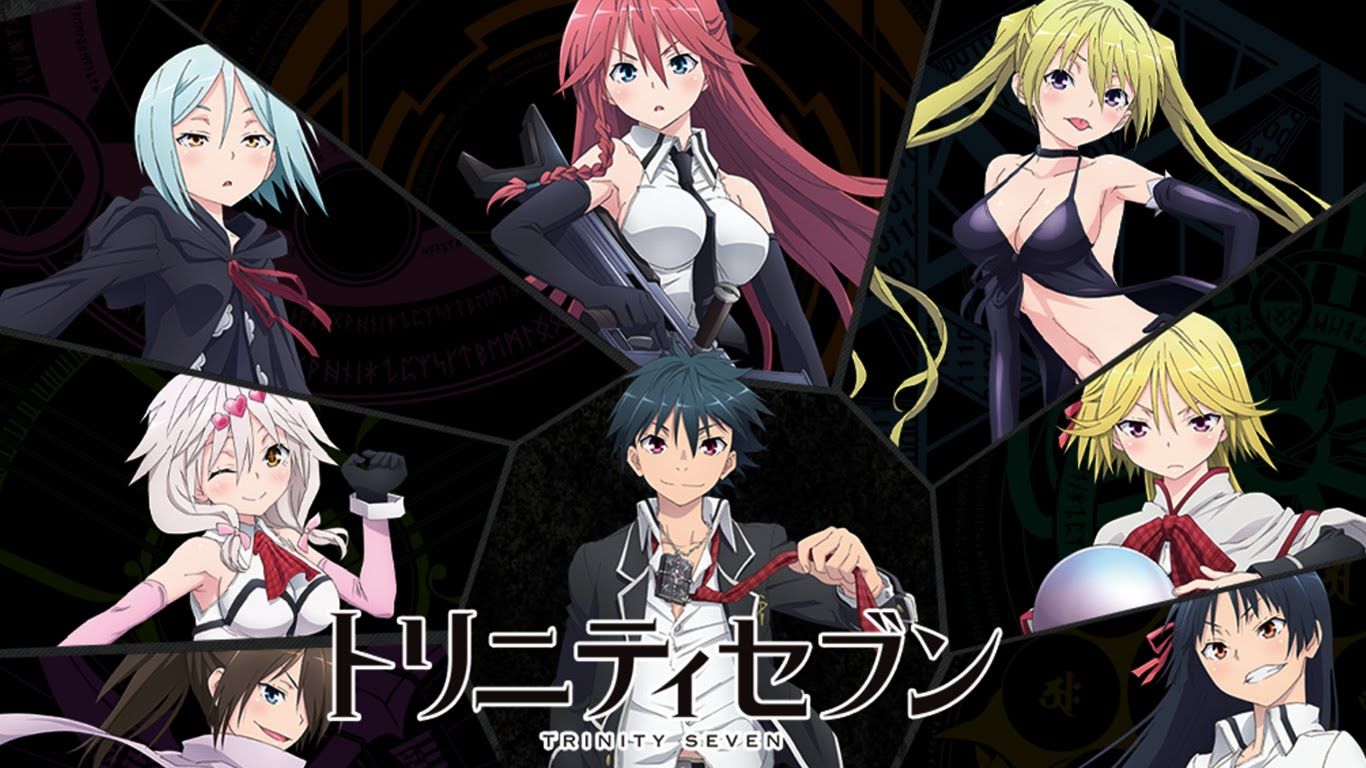