Cartoon Network’s Steven Universe was renewed for the third season along with a bunch of other shows. Are you waiting for the first episode already? Do you remember what the first two seasons were about? Let’s remember the cartoon’s plot a little and look into the news on the third season.

The makers of Steven Universe

Steven Universe is an animated TV show that’s broadcast on Cartoon Network and which premiered on 4th November 2013. It was created by a woman who made Adventure Time a reality, Rebecca Sugar. Producers of the series include: Rebecca Sugar (executive producer), Ian Jones-Quartey (executive producer, also known for The Venture Bros., also Chuck Austen, and Jackie Buscarino. The latter two are previously famous for Randy Cunningham: 9th Grade Ninja and The Marvelous Misadventures of Flapjack, respectively. 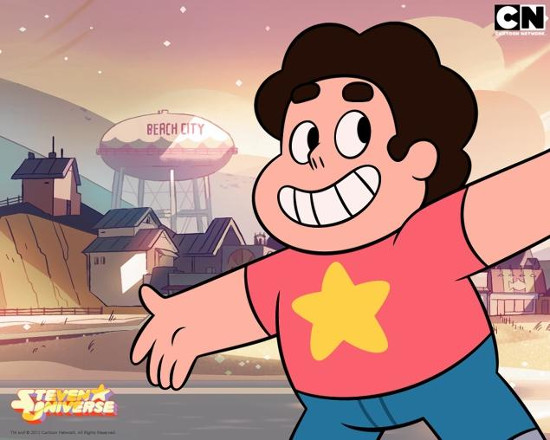 Steven is just an ordinary boy who happened to inherit his mother’s Rose Quartz gemstone. It means that he is one of the few gems (four, actually — the others are Amethyst, Garnet, and Pearl) who can resist the ageless alien forces. He lives in the coastal USA and spends his time doing anything between hanging out with his friends and family and protecting the world from the vile aliens (or learning the gemstone-related knowledge). The main parts of Steven and other three gems were voiced by Zach Callison, Michaela Dietz, Estelle Swaray, and Deedee Magno. 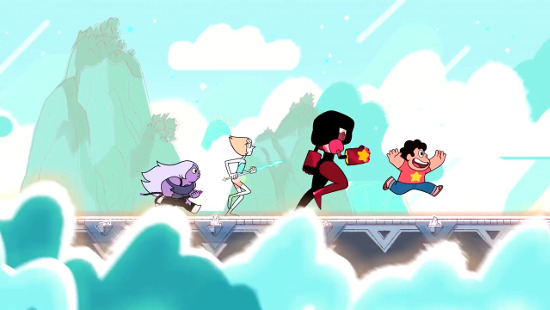 The timeline of Steven Universe

The first season of Steven Universe ran from 4th November 2013 till 16th April 2015 (with a break from May 2014 till August 2014). The second season has been currently on — it premiered on 13th March 2015 — and will consist of 52 episodes. Although there is still plenty to watch, we already know that the series will be continued for one more season. The release date of Steven Universe: season 3 is not known yet, but we’ll be staying tuned for updates and news. Subscribe to our notifications to learn the news first. 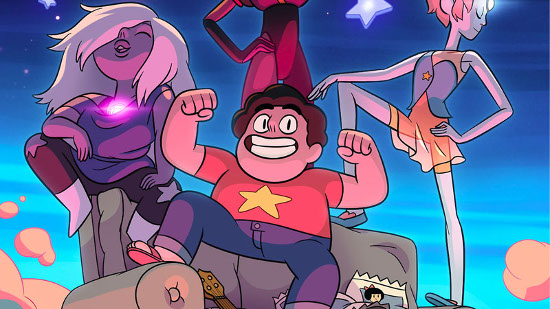 Are you excited to continue watching Steven Universe for many more episodes?