Prince of Stride is originally an otome game. The development of the project was carried out by Kadokawa Games together with Vridge. The game was released for the PS Vita on the 30th of July 2015. The plot of the game, as well as the plot of every new episode of the anime adaption, concentrates on a fictional sport. It’s an extreme type of sport called “stride” similar to parkour. The series follows around six members of the team racing throughout the place they live. The development of the anime TV adaption was carried out by Madhouse. The series was released under the title Prince of Stride: Alternative with the first season release date on the 5th of January 2016. There’s also a manga spin-off named Prince of Stride Galaxy Rush released at the end of autumn of 2015. Prince of Stride: Alternative season 2 release date hasn’t been announced. 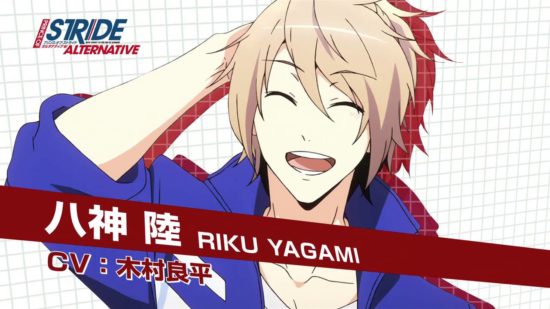 The series is devoted to "Stride" – an extreme form of sport popular among the main characters. The action of the series revolves at Hōnan Academy. The main characters are Takeru Fujiwara and Nana Sakurai – high school students willing to create an officially established school Stride team. They manage to find six members. They compete with other students in a series of Stride competitions known as "End of Summer".

Kana Hanazawa voices Nana Sakurai in the original version. Natalie Hoover gives the English voicing. The main character. A relationer and a manager of the Stride club. Her dad is called "King of Stride", that’s why most part of the characters accept her as a "Princess of Stride".
Riku Yagami is voiced by Ryohei Kimura in a Japanese version of the anime and Austin Tindle gives the English voicing. A freshman and a friend of Nana since their first acquaintance. He’s fond of almost all types of sports.
Takeru Fujiwara is portrayed by Nobuhiko Okamoto in the original version and voiced by Ricco Fajardo in the English version of the anime. Stride is his primary interest. Wears glasses, but changes them for contacts while playing sports. He can’t swim. 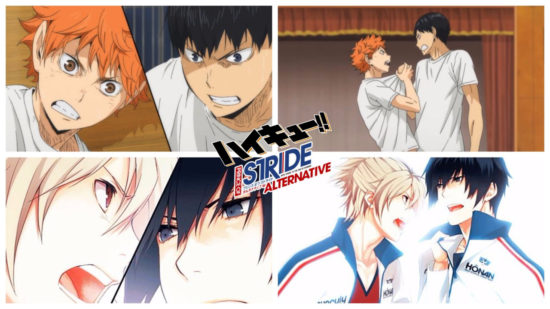 Hozumi Kohinata is portrayed by Kensho Ono and by Clifford Chapin in the English version of the anime. Cute from the outside but a horrible joker from the inside. Keeps his troubles to himself and always look cheerful even if he’s in real trouble. He cares a lot about his family.
Heath Hasekura is portrayed by Daisuke Ono and by Jason Liebrecht. The head of the Stride club. He’s half British. Always full of energy and spirits to inspire the team.
Get to the official resources for more info on the main characters.

The channel shares no official information about the future of Prince of Stride: Alternative in its second installment. When more relevant information is available, you will be immediately notified. Follow the news and you won’t miss a new episode of this dynamic anime series.