The summer of 2015 was noted for the release of the first season of the Overlord series. In spite of average ratings that nevertheless can be considered to be satisfactory enough, the fans of the classical anime plot are looking forward for the renewal of the series. 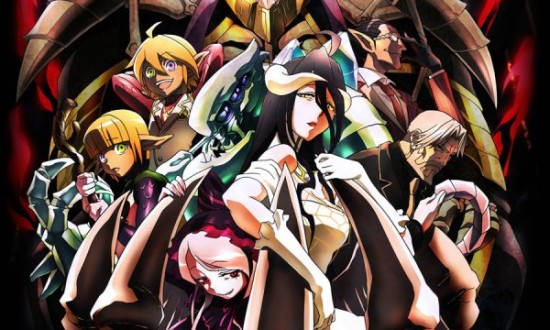 The story is centered on the main character, the so called corporate slave who is dreaming of running from the burdensome humdrum in order to conquer a new world where he can become an immortal and invincible superman. The principal hero is an inveterate admirer of various computer games, particularly “Yggdrasil”. There he plays under the nickname Momonga. One day the developers of the game announce that all the servers will be turned off and the game will be closed. However, after the server was switched off, the player, oute main character was unable to log out.
The NPC (Non Playable Character) began to show signs of intelligence. The character together with his guild seems to be taken to the alternative virtual world. A heartless game seems to obtain blood and flesh. The fairytale is getting real at his fingertips. So why not to enjoy the opportunity? The dream of the character has come true!
From this moment the story of the great magician skeleton stems. He leads his guild to the never-before-seen fantasy adventure and gets acquainted with the beauty Albedo , the charming vampire Shalltear, and other fantasy personages. The hero will get to know that even the virtual characters do not lack such feelings as passion, love, and jealousy.
Why is the plot considered to be classical? The thing is that it is a usual practice for the authors of ranobe to transfer the characters from the tiring reality to an interesting virtual world of games. That’s why such series can be considered as half-fantastical. Such exciting idea coming from different Japanese writers is perceived by the fantasy admirers with flying flowers.
There exists, however, a convincing reason for it that carries weight. The thing is that people seem to be tired from this boring real world where they see only the annoying work. People who love the style of fantasy find that stream of fresh air in the fantastical novels and films that they admire to read and watch.
What differentiates Overlord from other series with the similar plot is that the protagonist, the main hero, is alone in his transferring to the world of virtual characters. 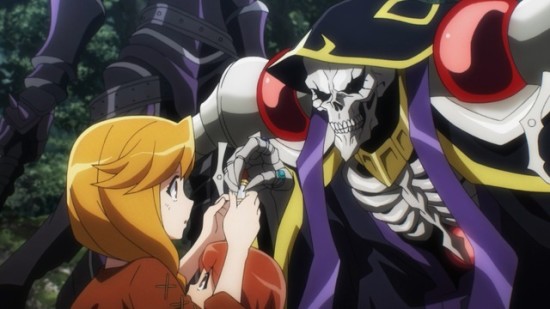 The first season came to appear on July 7, 2015.  There was a broadcast on various Japanese national as well as prefectural channels, such as Tokyo MX, KBS Kyoto and others. In case of American and European auditory, it had to watch the series only on two online sourced. The ratings were average. However, among viewers the desire to watch the continuation of the story is felt.  There was no official announcement about Overlord season 2 release date, but according to the chatty forecast the second part is going to crush us in the spring of 2016.