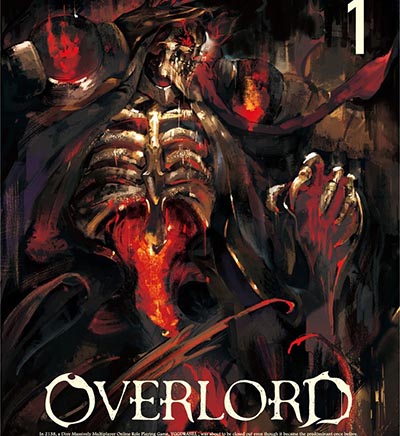 A young guy is trapped inside the video game. He plays for a warrior king and does his best to become the leader of his own world.

The first season of the show premiered in Japan and almost all main Japanese TV channels showed it. It was in July, 2015. Unfortunately the series didn’t seem interesting for American and European television. However, the cartoon series were broadcast online. Two resources agreed to show it – French J-One and Anime Digital Network.

Satoshi Hino as Ainz Ooal Gown, Yumi Hara as Albedo, Manami Numakura as Narberal Gamma, Shinya Hamazoe as Warrior, Sumire Uesaka as Shalltear Bloodfallen, Emiri Kato as Aura Bella Fiora, Masayuki Kat? as Demiurge, Shun’ichi Maki as Warrior, Yumi Uchiyama as Mare Bello Fiore and Kenta Miyake as Cocytus. Though, the cast may have some changes in the future as the second season is not yet planned till the end and the release date is still unknown.

Anime fans are already used to the shows where the main characters have to survive in a virtual game world. Overlord is almost the same. The only exception here is that this series has only one protagonist – the gamer stuck in the game. He has been busy playing the Yggdrasil online game for quite a long period of time. He played it with his friends. Together they created an evil guild. One evening when they said goodbye to each other Momonga decided to play for some more time as the creators of the game promised to shut the project down.

So, the game servers were finally shot down. Momonga didn’t log out of the game on time and got stuck in the game. He became a powerful wizard with lots of servants living in the castle. All the characters surrounding him were NPCs so Momonga turns out to be the only living character in the story. He starts creating his personal virtual world and the virtual game characters help him do it.

There’s nothing really special in the show – the graphics and animation are quite average. The storyline is the same. It means that in the world of anime series about virtual worlds the creators have to do their best to make it unique. The first unusual point of the plot is that there’s only one living character in the story. The viewers’ attention is mostly attracted by the loneliness of Momonga and his unusual appearance.

Name Albedo is translated like “white” from Latin. And the character is dressed in white according to the name.

Momonga was named  after the Japanese flying squirrel “Pteromys momonga”.