The expected story is a live-action movie adaptation of Mugen no Junin/Blade of the Immortal manga by Hiroaki Samura. As of today, Mugen no Junin release date is confirmed. Yet in summer 2016, it was exposed that the premiere was scheduled for the Golden Week holiday period (that embraces late April and early May) of 2017.
As far as creators are concerned, the challenge is taken by Takashi Miike as a director and Tetsuya Oishi as a screenplay author though the recent debut of Terra Formars, on which Miike has been working, has proved to be one of the greatest box office failures of the previous year. The company behind the production is Oriental Light and Magic while distribution is the business of Warner Bros. Pictures. The photography of the film was set in Kyoto starting from November 2015 and ending in January of 2016. The movie is in editing phase being prepared for the release. 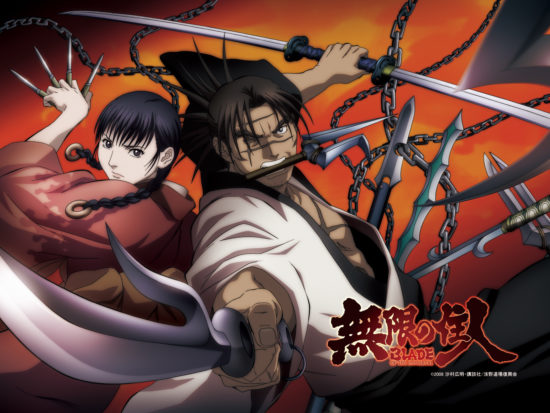 As for the acting cast, it is led by Kazuki Kitamura, Min Tanaka, Chiaki Kuriyama, and Takuya Kimura, with the latter one performing the protagonist of the main character named Manji. And now it is high time to turn to the story itself.

The story covers the1st and 2nd volumes of the manga released for today in Japan. The main character is Manji, the immortal samurai with a destiny one cannot be envious of. In his past, he became a reason for his sister’s and her husband’s death. In order to punish himself, he tries to get himself into trouble by means of killing people. 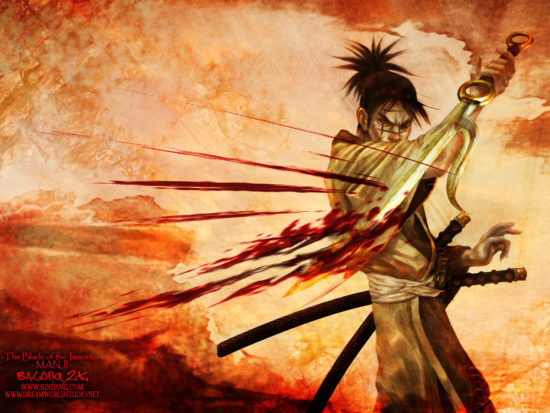 One day, a woman infects the murderer with mysterious worms that make a person immortal through healing wounds and recovering the cut-off limbs. Henceforward, the man cannot die but he turns to be good at bargaining. He makes a deal with this old woman. She will make him mortal again when he puts a thousand of villains to the sword. Will the character manage to achieve this purpose?

As it is promised, the release is scheduled for the middle of spring 2017. But we have more inspiring data, as the concrete premiere date is what we have available now for you. So it will on April 29, 2017, worldwide. Do not think that no more info can ever appear, as it is rather probable that we would hear something about the project within these three months left before the launch.