In September 2015, information about the anime adaptation of the ranobe “Masou Gakuen HxH” officially came out. However, there are no concrete details about the exact launch date so far. Fans of harem novels by Masamune Huji are looking forward to the upcoming information. The developers promised to reveal it soon.

Masou Gakuen HxH (Hybrid x Heart Magias Academy Ataraxia) is a light novel in the genre of harem action. Its author is Masamune Huji. The illustrations by Kurogin, a known member of the production team of the Cross Ange project, are perfect as always. The mechanical designer Hisashi. He was the one to draw the famous “Bikini Warriors”. 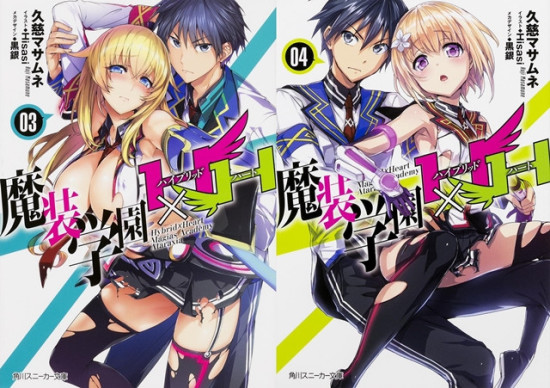 The series of novels started to come out in February 2014. The publishing company is Kadokawa’s Sneaker Bunko. The latest 6th season debuted in Japan on October 1st.
Additionally, a drama CD of the novel series appeared in March, by Ayaka Kimura and Ryouko Tanaka. The manga adaptation of the novels also emerged at the time. The manga version has been published by Kadokawa’s Monthly Comp Ace since June 26, 2015.
Very soon, the franchise will be refilled with TV series version. What new can we expect from the story? Or it will be the same as in the ranobe?

The story focuses on the life of a young guy named Hida Kizuna. His elder sister advises him to attend a special strategic defense school, Ataraxia, to make his HHG (Heart Hybrid Gear) ability stronger.
HHG is a superpower with which the students of the school can fight alien invaders.
At school, he meets Chidorigafuchi Aine. This girl is an experienced pilot of the magical armor Zerosu. Aine suddenly begins to undress right in front of Kizuna. What is going on? What is the reason for her to take off every piece of her clothes? 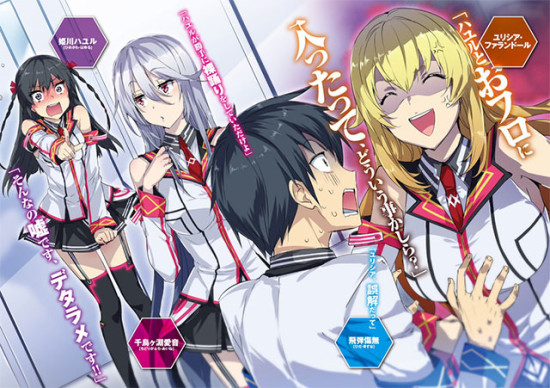 When to expect the release of the series?

The Masou Gakuen HxH release date and the anime series format are yet unknown. The production of the series is in progress. However, the designers and illustrators of the ranobe offer to look at and enjoy the covers of the franchise. Further details about the anime series will be revealed shortly. More information will be available soon.