That’s an adaptation of manga series with the same title. The word-to-word translation of the title is Gourmet Girl Graffiti. The director of it is Naoyuki Tatsuwa. The anime was broadcast from January to March 2015. The first season was a new hit in the world of anime and the fans are looking forward to the continuation.

Ry? Machiko, the protagonist of Koufuku Graffiti is a schoolgirl. Though she’s at the 2nd year of middle school, she’s already got used to living independently. Earlier she lived with her grandma, but since her death, she has to face life’s obstacles on her own. She’s a perfect cook, but she’s sure that dishes she cook taste awful. 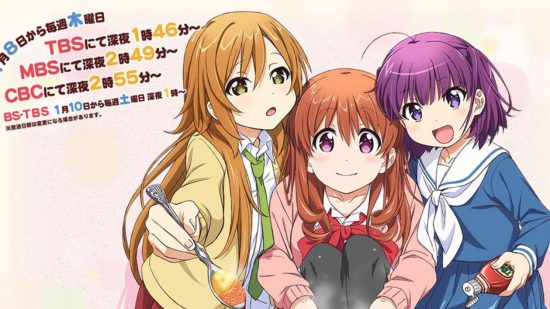 One day her cousin decides to visit her every weekend. Kirin manages to show Ry? the secrets of delicious foods and the art of cooking it. She makes Ry? acquainted with her family and together they spend nice family evenings enjoying nice meals together.

Ry? Machiko – She’s the main character of Koufuku Graffiti. A girl that used to living alone. Her parents are alive, but they don’t have a chance to see her often. They work in another country. Her grandma died a year before the beginning of the story. She studies art and has regular lessons at art school willing to pass the exam and get to high school (which she actually manages to do in the future). 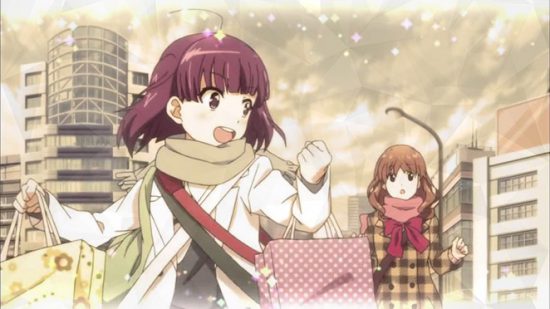 Kirin Morino – Ry?’s cousin. Often called Kii. Hopes to enter Tokyo high school. She visits Ry? on Sundays to attend the same art school. She’s very shy and childish. She’s also tiny and well mannered. However, deep down she’s a strong young woman and a big eater. Housework is not for her, but cooking is one of her biggest interests. She’s also a member of high school basketball team – she’s very strong, dynamic with cool athletic abilities.
Shiina – a beautiful, but physically weak girl from art class. Ry?’s classmate. She has great cooking skills that help her create strong friendship with Ry? and Kirin.
Yuki Uchiki – Ry?’s neighbor that lives below her. 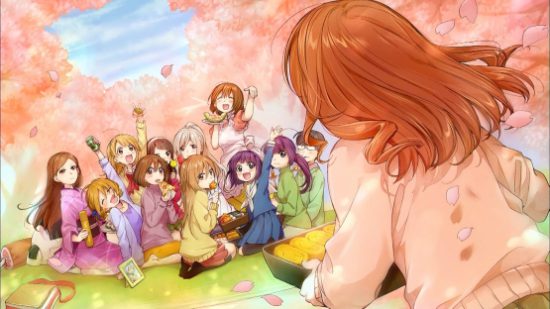 Ry?’s Grandmother – the one who taught Ry? everything she knew about cooking. However, the story says that she had never been good at it. She started doing it seriously only for the sake of her beloved granddaughter.

There’s no news about future possible broadcasts of Koufuku Graffiti. The show finished on the 27th of March 2015 and the director keeps silent.