Studio Deen has brought glad tidings to us recently with announcing the renewal of the anime show “Kono Subarashii Sekai ni Shukufuku o!”. Let’s be ready to meet a new pack of episodes in the next winter.

Blending in itself a harem comedy and a fantastic story, the anime series “Kono Subarashii Sekai ni Shukufuku o!” is a true hit that should be known for every resident of Japan. Outside this marvelous country, the loyal following is beefed up by people from various corners of the world. It was included to the list of top twenty new releases. So the fan base of the story is large enough and surely it should not be left in the cold. 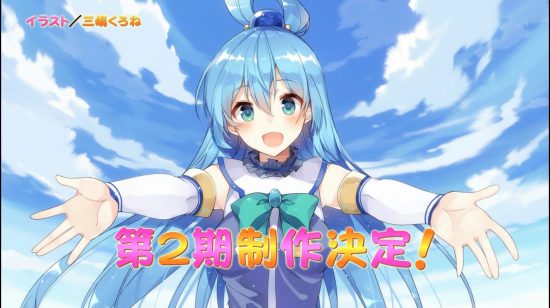 The release of this newbie was held in this past January. Developed by Studio DEEN, the project is narrative of one young guy, who has traveled to another world to save it from demons.
There is no certain home channel for this series as it is aired on the majority of them. And there is no wondering in it as who would deny from such a successful chance to increase ratings?
The international airing was possible due to Crunchyroll which had embarked on delivering various anime series several years ago. The adaptation of the manga story was performed by Makoto Uezu.

The story itself centers on the player who prefers to live in seclusion. His name is Sato Kazuma. All of sudden, he had no other way out but to save a girl. But it meant a death to him. So he died but his life was not brought to an end at that point. 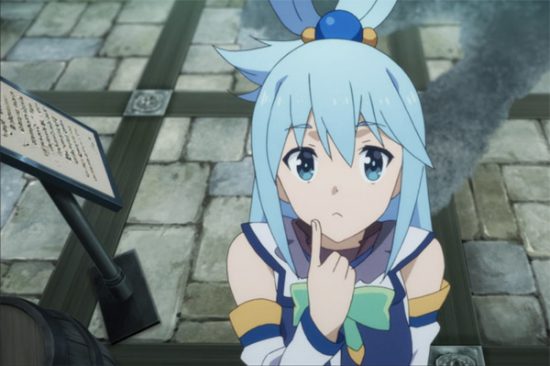 A charming goddess named Aqua proposed to him to accept a deal – to join her forces to struggle against the King of demons as a substitute for idling for the rest of his time in the heavens.  As a prize for this, she promised to let him take anything he wished to be with him during battles.
Kazuma accepts her offer and turns to be involved in an ordinary role-playing game.
Meanwhile, our hero has had the lowest status in the Guild. But with time passing, he manages to improve his status by saving his friends from a team, as except from Aqua his team now consists of magician Megumin and knight Darkness.
As it has turned out, their chances in fighting are low as the very skills of team girls leave much to be desired. So Kazuma is challenged to apply all his knowledge from gaming in order to save the world from demons. 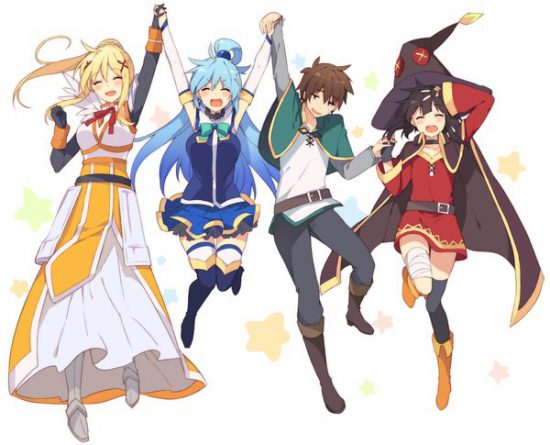 Considering the incredible level of the series popularity, the resumption for the second installment could be taken for granted. After the release of the first circle, the official account on Twitter brought promising news to us. So the second round is to take place come rain or shine but the main question is when.
As for the suppositions, the premiere could be expected in winter 2017. But so far there has been no news concerning this point as well as regarding the Kono Subarashii Sekai ni Shukufuku o! season 2 release date. So be in the swim in order not to miss it.