The anime is based on the original mange series with the same title. Kaitou Joker is literally translated as Mysterious Joker. The manga idea belongs to the creator – Hideyasu Takahashi. The TV anime adaptation was produced by Asatsu DK. The animation belongs to Shin-Ei Animation. The show is broadcast on Japanese channels from the 6th of October 2014.

The storyline of Kaitou Joker series centers on its main character Joker. He’s travelling around the world all along with his apprentice named Hachi. Joker is a professional thief and his aim is stealing treasures being able to avoid the traps and without being caught. 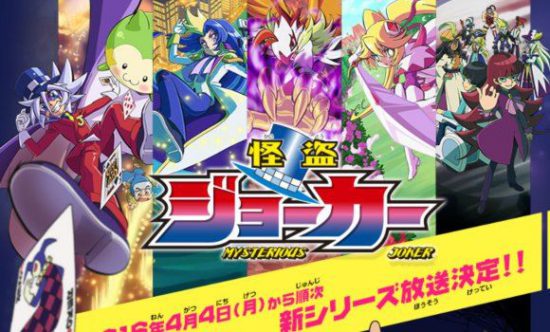 Joker – the main character of the anime. He’s a lot more than a simple thief – he’s ready to perform magical tricks and incredible miracles to fool everyone around. He does it in order to get hold of different people’s treasure. The things he steals are extremely valuable. He’s quite a lazy characters fond of doing nothing. Each day he spends in front of the TV, playing video games. He hates chores and eats curry dishes. He doesn’t have parents living on his own after their death. This way he became a professional and skillful phantom thief. His real name is Jack Jones.
Hachi – Joker’s apprentice. He’s quite a clumsy person, though he’s capable of doing the housework and cooking chores. He’s an easy-going person living a careless life. He was raised in a village of Ninjas, but somehow he’s still an unlucky failure. He’s Joker’s good friend always ready to support and protect him in all of his beginnings and crazy ideas.

Spade – He’s the main rival of Joker. He’s also smart and intelligent being extremely accurate about his plans. Before he steals something he makes a profound research work. He’s a master of pranks. He’s also selfish and proud of himself and his mental abilities, which makes this character absolutely different from Joker. When he has to act for too much time he experiences a fever.
Dark Eye – Spade’s helper. There’s something that makes her similar to Hachi – her abilities at housework and cooking. She’s also the one always supporting Spade’s dark ideas no matter what.
Silver Heart – the one who taught Joker, Diamond Queen and Spade. His thief’s nickname is Silver Magician. He’s a master of his art and a complex personality. Treats Joker and all the other characters like kids. He takes care of them as if they were his real children and grandchildren. 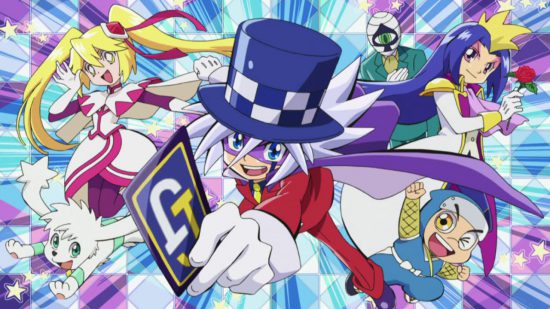 Diamond Queen – Silver Heart’s granddaughter. A boyish personality. Her training had no connection with Joker and Spade. She is full of energy and wit. She’s a bit careless, which often makes her get stuck in troublesome situations. She’s an awful cook, but she can perform skillful tricks with a knife. Her parents were killed and it made Silver Heart raise her changing her name to Diamond Queen in order to protect her.

The third season of the series started on the 4th of April and continues in the present. TBA said nothing about the cancellation of the project, so future broadcasts are yet to be scheduled.