Lots of anime series are based on video games. It’s the same with this one. The creators of The Idolmaster Cinderella Girls found their inspiration in the game with the same title. It was a simulation iOS and Android video game released in November 2011. That was the first part of the franchise. Two seasons of the animated series followed. Well, it means that the series was successful enough to attract the viewers’ attention with nice characters and unique plot. The Idolmaster Cinderella Girls follows a group of pop idols – members of 346 Production agency. The production of TV series is realized by A-1 Pictures. The director of the show is Noriko Takao working in cooperation with Tatsuya Takahashi – the script writer. The designs of the animation was provided by Annin D?fu.

The Game, The Series and Other Transitions 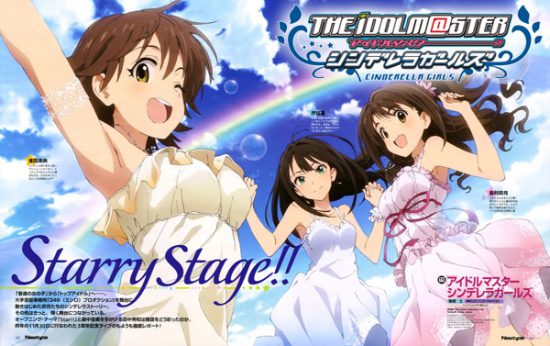 The plotline of Cinderella Girls game concentrates on the producer’s career. A player works as a trainer for pop idols making them forever shining pop stars. The gameplay format is connected with collectable cards. Each card represents and idol. The player forms his or her personal group of idols to train them and to make them compete with the opponents’ idols.
The game was transitioned and adapted into other projects for many times. The anime TV series was aired from January to April 2015. The second season started on the 17th of July 2015. Later the franchise expanded for 8 manga series, 3 anthologies, radio talk-shows, albums and singles of the characters and even live concerts with the voice cast actresses. 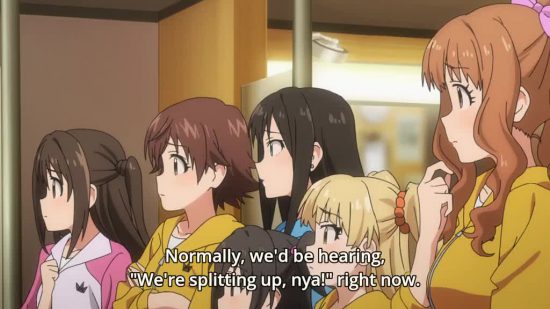 Both the game and anime TV series take place at the same producing agency called 346 Pro. A producer does his best to turn the talented girls into a successful Cinderella Project. That’s a group of idols consisting of three girls: Rin Shibuya, Uzuki Shimamura, and Mio Honda. They are not the only characters in the franchise being accompanied by other fellow singers from the Cinderella Project.

The Very First Adaptation of a Game

The very first anime version of Cinderella Girls was released on the 28th of November 2013. The video was released in order to celebrate the second anniversary of the game. The video was created for the song entitled "Onegai! Cinderella" and shown in the game itself. Later the producers decided to include this video into a DVD and Blu-Ray release of the series. 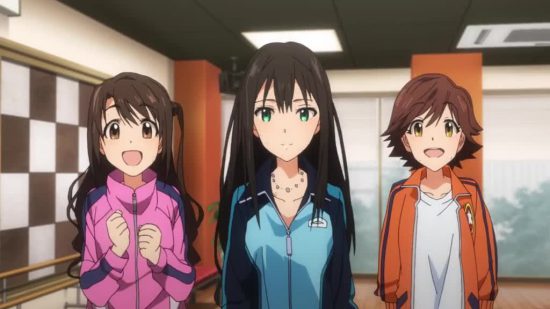 A-1 Pictures hasn’t given any info on the renewal of the anime series. The last episode was aired on the 25th of February 2016. Due to the extreme popularity of the franchise, we can be expecting the premiere of the third part of the series in the end of summer – beginning of autumn this year.