Wanna know more about the second season of Japanese anime series Hitsugi no Chaika? We’re constantly following the news on the release dates of the most popular TV shows and projects and always have new facts to share with you, check this out.

The English title of the series is Chaika – The Coffin Princess. At first, it was a series of light fantasy novels created by Ichir? Sakaki. The novels were illustrated by Namaniku ATK. Fujimi Shobo published all the twelve parts of the series.

Later, the novels were adapted and recreated into manga series.
The manga series was used as the original idea for the TV project officially announced in the middle of summer 2013. It was planned to be aired until the end of summer 2014.
The second season had a modified title: Chaika – The Coffin Princess: Avenging Battle. The sequel was broadcast from October to December 2014.

The plot centers round the main heroine called Chaika Trabant. She’s a cute and charming teenage girl. She’s 14. There’s nothing unusual about her except for the coffin she carries on her back. She’s can create and cast powerful spells, but, for some unknown reason, she doesn’t know anything about her past life. Her memories are like scattered tiles and she tries to make them all unto a puzzle. She collects the remains of Emperor Gaz. 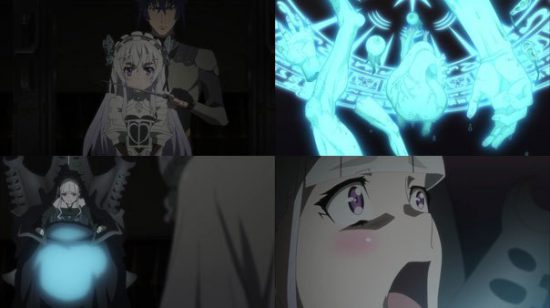 Another character is Toru Acura – a Saboteur. Akari is his adoptive sister. The three characters start their journey together helping Chaika to complete her quest. The problem is that the Gaz Empire crashed and the future of people living in there, just like the future of the main characters is in their own hands. They start quite a dangerous journey full of mysteries and distressing events. The shocking truth is getting closer and closer…
The main characters are: Toru Acura, Chaika Trabant, Akari Acura and Fredrika. They are voiced by Junji Majima, Chika Anzai, Yuuko Hara and Chiwa Saito in Japanese version. In the English version the main characters were voiced by: Leraldo Anzaldua, Kira Vincent-Davis, Joanne Bonasso and Krystal LaPorte. 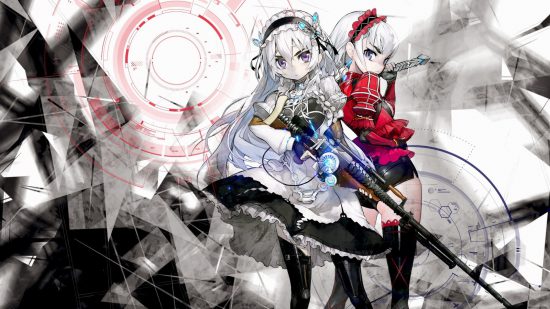 The fans and the critics agree that the second season turned out to be filled with cool action elements in comparison with the first one. However, it also turned out to be quite boring and long. The graphics with elements of magic were just awesome, but the storyline was less exciting. The first season was a hit, but the second one spoiled the show completely. Sad news: it’s quite unlikely that the third season appears.

The second season finished the storyline and there’s no news about the show and it’s continuation. Due to the negative critics, the release date of the third season remains unknown and totally depends on the viewer’s feedback and DVD sales.