With the main character being a demon in its nature, the new anime series from TMS Entertainment is on the bubble now after the first successful release of the pioneer installment.

A kind story about a demon and a young girl is introduced to us wrapped up in the anime series titled “Gugure! Kokkuri-san”. The premiere was about two years ago specifically in the fall. 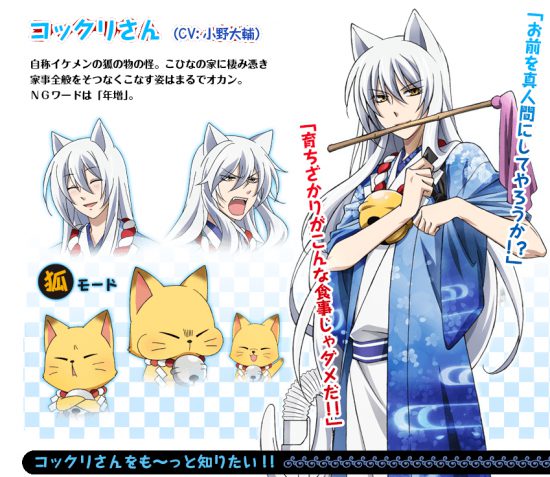 This magic plot is developed based on the well-known eponymous manga. By the genre, it is a comedy created by Midori End? and then in 2011 serialized in Square Enix’s Gangan Joker. To the start of the TV series broadcasting day, the manga had involved seven tank?bon volumes.
The series creation was behind TMS Entertainment. A great number of Japanese channels took a sharp interest in broadcasting it. The international airing was possible due to Crunchyroll, the well-known online resource for anime fans all over the world.
The voicing cast was composed of such actors and actresses as Daisuke Ono, Takahiro Sakurai, J?ji Nakata, as well as Suemitsu Atsushi.
To the present day, the series is composed of 12 episodes packed up in the pioneer season. 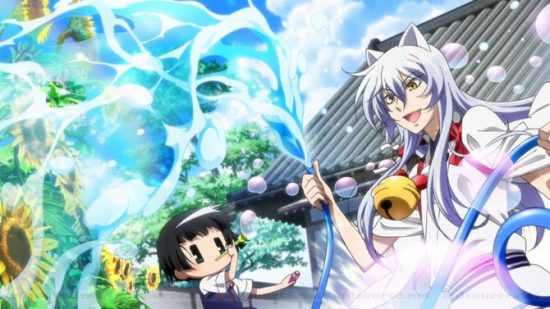 The series revolves around a strange company, specifically a couple consisting of a young girl named Kohina Ichimatsu and a demon named Kokkuri-san whom she calls up desiring to be entertained by him.
The idea of serving this girl turns to be captured by him and the demon starts scaring this girl. But then, all of a sudden, he realizes that he needs to take care of her with all his evil heart.
The comedy proposes to us the everyday activity of this couple with their depiction made in a hilarious way. The story is heart-warming in spite of the evil magic appearing there. Kokkuri-san is presented as a fox with long silver hair. So he is just unable to induce much fear in the heart of the principal heroine.

Average results of the developers work

Frankly speaking, this anime series failed to produce a very much impressive effect on the audience especially on critics as the jokes shown there were middling and thus uninteresting. The perfectness, however, was achieved in graphical aspects as well as in the general atmosphere of the plot packed with successful parodies. 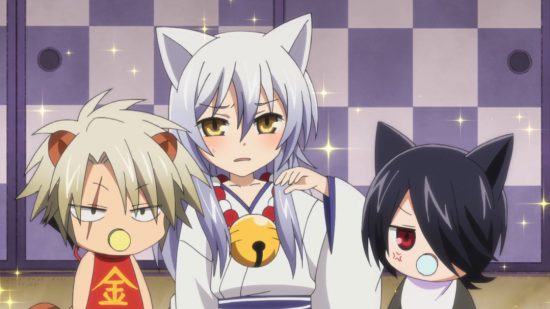 As for the renewal predictions

This question is much difficult to do as the authors are keeping us in tension without announcing either the resumption or cancellation. Some suppositions were made in the past that the second season would be available already in 2015. But they failed to come true. And now with 2016 year passing, we are left in the cold forced to wait for the formal statement. Surely, there is no essence to speak about the near appearance of the Gugure! Kokkuri-san season 2 release date.
In any case, we should be ready for info emerging at any moment. So we must be in the swim to catch everything at first hand.