Launched in the spring of 2015, the first season of the series attracted attention of a large number of anime fans. Though the release date of the second part is not yet announced, the admirers of Bell Kranel are looking forward the next season. 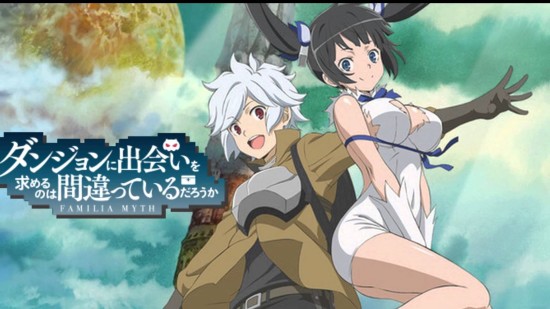 The Is It Wrong to Try to Pick Up Girls series is produced by the studio J.C.Staff. It was aired in the previous year on such channels as Tokyo MX (Japan) and Crunchyroll (the USA).
The series consists only of 13 episodes. Each of them lasts for 25 minutes. The filmmaker is Yamakawa Yoshiki, a famous anime series director who created the melodrama “Hatsukoi rimitetto” (First Love Limited).

The plot line of the fantasy story

Orario is considered to be a city of labyrinths. Under beautiful city with quaint paved streets there exists the dungeon full of danger, monsters, treasures, and adventures. All young ventures are anxious to go down the dungeon and become a famed hero. Bell Kranel, the main character of the series, is not an exception. He dreams to save a beautiful girl there who will lose her heart to him.
The young boy, however, is not noted for great strength. He is absolutely inexperienced in such serious affairs as fights with monsters. That’s why there is no surprising that the events change their course and everything happens in a controversial manner. When he finds himself in a dungeon, the courageous girl named Aiz Valenstein, known as the Sword Princess, saves him from the furious Minotaur cutting the monster in two.
Inspired by Aiz’s combat skills, Bell decides to achieve such a great level in swordplay in order to become equal to his newly found idol in her face and to demonstrate that the great future of the experienced warrior is waiting for him.
In the dungeon he also makes an acquaintance with the goddess Gestia who are searching for the followers.
In spite of his complete failure to show his courage, Bell makes a great success among girls. Thus, the adventures in the dungeon turn to be only a background story. The series comes to be about the attempts of the principal character to build relationships with girls. The young boy finds himself caught in the toils of enchanting ladies.
However, the plot is exciting and captures the viewers’ attention thanks to the historical, particularly mythical, base of the story. The goddesses are shown in the same way people imagine them: beautiful and strong, but with their own quirky peculiarities.

When is the second season going to appear? 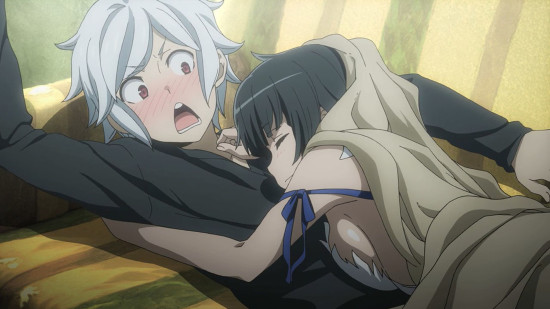 Is It Wrong to Try to Pick Up Girls in a Dungeon season 2 release date remains still unknown despite of the fact that since the premiere of the first season the entire year has passed on. There are also some rumours that the developers are going to close this project due to unknown reasons. Thus, all that is left to do is to make assumptions whether the next season will bring joy to the viewers from around the world.

All episodes of 1st Season