The admirers of the anime and video games with the historical background are surely acquainted with the franchise titled “Dies Irae”. They should be also aware of the fact that another anime TV adaptation is now to come the please them with the same actors in the cast.

Short excursus to the history of the franchise

As it is known, the already launched anime adaptation under the title “Dies Irae” will get another version and this time in the form of a TV project.
The producer of the upcoming anime variant is going to be GENCO. The scriptwriter of the previous version named Takashi Masada is to reprise his role also here.

The company titled “Light” declared also that the franchise would be appended by a number of new co-projects including the game that would be launched in this summer and also an art exhibition devoted to the franchise. This exhibition was really held in Tokyo in this January.
The start of the franchise was presented originally by the game titled “Dies Irae -Also, Sprach Zarathustra” as far back as 2007. The same year saw the appearance of another version of the game to which different scripts had been added.
In 2009, the fans of the already launched games were lucky to enjoy another two variants. In three years a new co-project was added to the franchise, however, at that point, the number of platforms was sufficiently increased. Thus, the games appeared for PlayStation and Android.
In addition to an anime, the game will also obtain a manga adaptation and a novel.
And let’s turn our attention again to the upcoming TV anime adaptation. The majority of the series’ game cast will take their roles again. They are Kousuke Toriumi, Takeshi Maeda, Yui Sakakibara, Yoshina Makino, Hitomi Nabatame, and others. 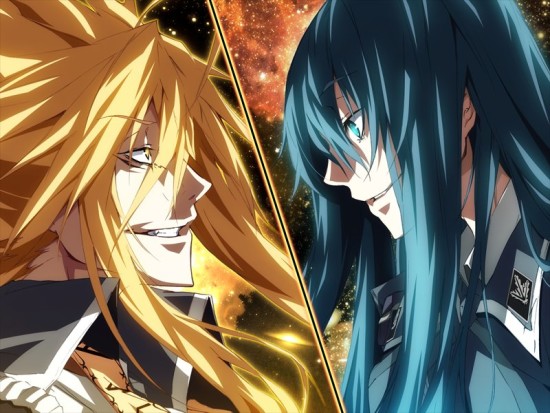 The plot of the franchise is nothing else bu an example of alternate history in times of World War II. Let’s define the background of the plotline. In 1945 when the Soviet soldiers were raising the flag in Berlin, the German officers make a rite. A large number of murders turns to be a perfect rite for them. By means of this rite they can bring back the Order of the 13 Lances. They are the superhuman. Thier appearance can cause the apocalypse. A great number of years has passed since then and no one is aware whether these officers succeeded in their rite. Only a limited amount of people know of their existence, and even this amount started to pass away with the time passing.
Now in December in the present day in Suwahara City, Ren Fujii spends his days at the hospital. He is now desperate to come back to his common life, but even now he hears Shirou’s words: "Everyone who remains in this city eventually loses their minds."

When is the debut to be held?

As we have already noted, the developers of the franchise have made an announcement concerning the release of the adaptation of the novel for adults under the title “Dies Irae”. The premiere is appointed for the next 2017 year. Unfortunately, there is no concrete information about the Dies Irae release date and the plot details, however, it is known that the series will include at least 14 episodes. Stay tuned in order to get notified timely.