In 2014 together with the broadcasting of the mini-series based on the game under the title “Chain Chronicle”, it became known that the full version of the series will appear. The debut was moved, however, from 2015 to 2016. And currently, there is no information about the exact premiere date and plot details.

Basic info about the franchise

Chain Chronicle is reckoned to be a new TV series of the mostly gaming project under the same name. The genre of the story is a mixture of action, adventure, and fantasy with various magical things. 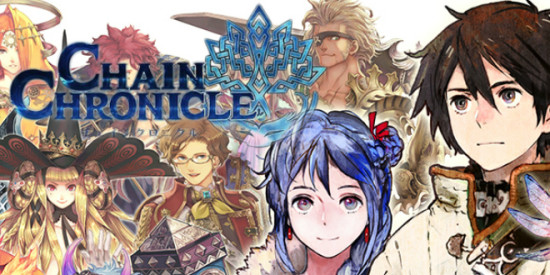 As we know, the game franchise has obtained its first anime adaptation as far back as in 2014. The mini-series included only  8 5-minute-long episodes. Is it enough? Possibly every fan would agree that  it’s a kind of joke, nothing else, for such a great Sega game, a mobile role-playing arcade that was launched in 2013. The game is currently available on the Apple store for iOS devices and Google Play Store for the mobiles on Android. A PlayStation Vita version of the game was launched in 2014 under.
The production studio of the series is Sotsu Agency and Jumonji. The ratings of the series were enough to approve of the production of another adaptation. So this was a kind of experiment in order to get to know whether the story in the anime version can be appreciated by the viewers.
The same year it was announced that the new full TV serial will appear to the luck of the fans because the debut has been already moved from 2015 to 2016. So let’s hope that it will be the first and the last time shift.
There are no available official announcements about the acting cast of the upcoming TV series. However, we can suppose that the members of the previous series cast should reprise their roles in a new updated variant of the story. Let us remind some of these cast members. So they are Akira Ishida, Shiori Mikami, Maaya Uchida, Ayane Sakura, and some others.
The director of the OVA series was the one and the only Takeshi Mori. The scriptwriting duties were entrusted surely to  QUALIA, and Hiromi Kato was responsible for designing matters.
It is curious that the developers trying to please game fans decided to open Chain Chronicle cafe in Tokyo that is to work for the entire 2 months. The themed cafe was the place where different drinks and courses were taken and made on the basis of the released series. 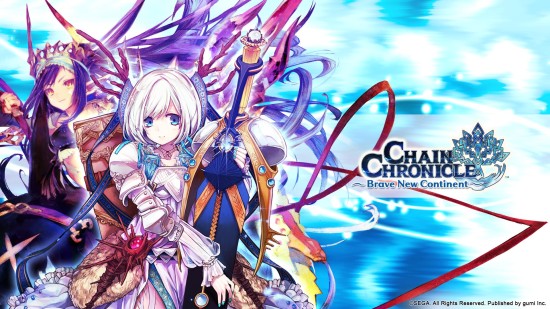 A new TV adaptation launch was moved to another deadline several times due to the regret of the franchise fans. At first, it was declared that a full TV serial would appear in 2015. However, the admirers’ hopes were frustrated after having known that the premiere was moved to 2016. Thus, it was expected that the serial will be brought to light in this already past winter. However, as we can see, there were no changes concerning the development of the installment.
Currently, the Chain Chronicle release date remains unknown as well as the details of the plot and the acting cast.