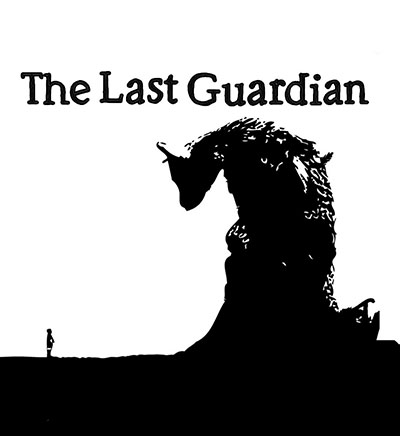 Japanese magazine for gamers called Famitsu was the first to post the information about the development of the game in winter 2007. “The Last Guardian” is one of the highly anticipated creations in the world of video games today. It’s a third-person fantasy adventure with elements of quest. It will be available for PS4. The literal word-to-word translation of the title means “Trico, the man-eating eagle”. The game will look like the previous creations of Team ICO – “Shadow of Colossus” and “Ico”. Unfortunately, the creators don’t say whether “The Last Guardian” will be a sequel or not.

The central character of this action-adventure platformer game is a nameless boy with his unusual fantastic friend Trico.

He is trying to escape struggling his way through the ruined castle. As the story goes, he manages to become friends with Trico – a fantastic creature looking like a griffin.

At first, Trico does not like the boy, but, subsequently, he likes him. The boy’s new friend must help him break through the guardians and stay unnoticed.

You’re going to control a boy, who is able to masterfully get over all possible obstacles – it won’t be tricky, cause he’s really fast and nimble. Interaction with Trico will help you fly over the obstacles when it’s necessary. But the creators promised, that controlling Trico would be quite hard, you’ll have to get used to it – but when you do, Trico will become very useful.

Trico is a unique kind of an animal-like creature. He was designed on the base of different types of animals. Artists and animators did their best to make the creature look cute. It’s not going to be intelligent, but the creators say it’s an important aspect of the game.

In June 2015, The Last Guardian showed itself at SONY’s Press Conference with a marvelous trailer. The trailer showed elements of gameplay. The game will finally be available in 2016, but the exact date is still unknown.