Are you satisfied with the Flying Wild Hog’s 2013 project? If yes, you should in anticipation for the continuation of the story title “Shadow Warrior 2”. Let’s speak a little a bit about the project itself and its history. 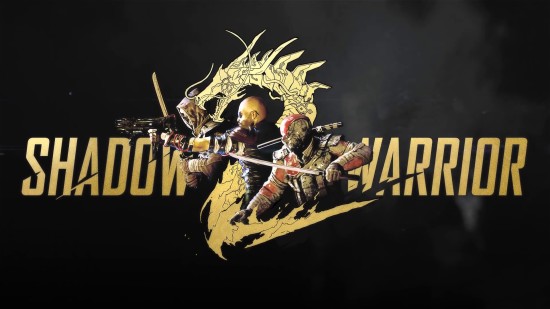 The first game under the title Shadow Warrior was hit the world of gamers as far back as in 1997. Thus, the game is reckoned to be very old.
In 2013, it was renewed in the form of a revamp by Polish development studio titled Flying Wild Hog. It is interesting that in that time the studio was a fresher in the game development matters having released only “Hard Reset”. It was created for Xbox One, PS4, and PC. 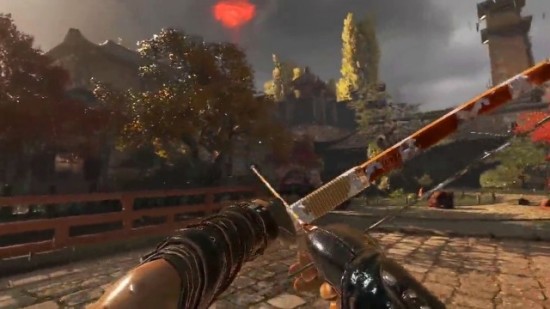 The story is in fact choke-full of demonic creatures, blood,  death battles, The whole plot is imbued with Japanese culture. Here you are to take the role of the samurai warrior named Lo Wang.
Lo Wang destroyed the union of his betrayal former chief and the ancient gods of the shadow kingdom. Lo Wang’s tries to abolish the evil powers in the form of darkness in the world, making the co-existence of humans and demons possible.
When something unpredicted happens during accomplishing a simple mission, Lo Wang becomes brought into an unsteady conflict between a genius scientist and a frightening Shade. The principal character should take his swords after a long break in his warrior career, staggering in order to rid the world of evil powers.

The upcoming new Shadow Warrior and its features 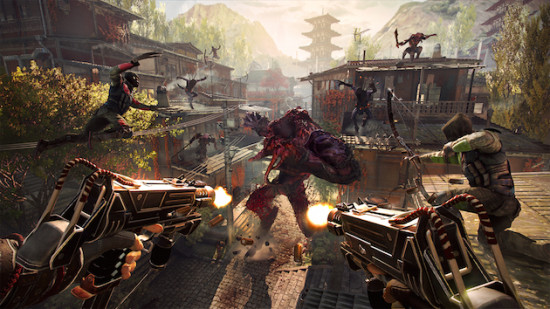 The first trailer that last only 20 seconds offers us to look forward the appearance of the renewed Shadow Warrior.  With time passing, we have obtained fortunately a sufficient portion of information about the upcoming launch of the game. The trailer is hooking and increases interest somewhere inside you.
Shadow Warrior 2 is to let 4 players accomplish missions together. Every player is to try the narrative in the role Lo Wang. However while progressing in the game the character will get acquainted with various anonymous ninjas warriors. Together we should be ready to devastate the demonic powers that are in the affluence.
The game is expected to be full of improvements and new concepts, as for example each mission will have specific level design and such content as accidental enemy positions, buildings, weather conditions, and other things. You are able re-play earlier missions whenever you want in order to bring your gear to another higher level or increase the score.
It has become known that Shadow Warrior 2 is to be published traditionally by Devolver Digital.
However, unfortunately, there exist no official data when the game will be available for buying and what platforms the new variant of the game will serve. Thus, the Shadow Warrior 2 release date is unknown. The timeframe is really huge – its 2016 year. Thus, keep waiting and stay tuned in order to be notified in a right time. And while waiting for the launch, get acquainted with the existed trailer. 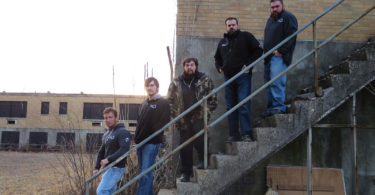