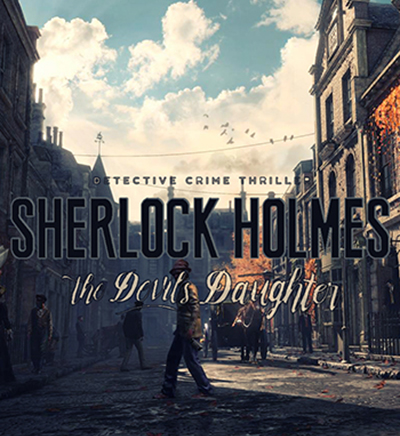 Bigben Interactive and Frogwares has already teased us in the beginning of this year and finally, they have officially announced the release of the next game about greatest detective ever, Sherlock Holmes. It’s official title is “Sherlock Holmes: The Devil’s Daughter”. You’ll be able to buy it and in spring of the upcoming year.  It will be available for PS 4, Xbox One and PC.

The game was fully presented at Paris Games Week. It’s the eighth part of the detective franchise. The creators promised tough action and hard investigative work. You’ll have to push your investigating abilities hard. This way you’ll get a true and unique interactive experience.

Kerry Shale is going to share his voice with legendary Sherlock Holmes. Dr. Watson, Holmes’ faithful companion is going to run errands for him assisting the investigation.

"Devil’s Daughter" won’t be the way the previous parts of the game were. The creators of the game promised to add a lot more action and drama to this part of the project. They say, that it will make the players use their abilities to the limit. It will be hard, interactive and very involving. Elements of Holmes’ logical thinking will be mixed with breathtaking family stories, real, unpredictable emotions and an occult revenge elements in the plot.

It is said that the players will witness unpredictable events and will need to solve five tangled and mysterious cases. They’ll have a chance to move around in an open world, cause the landscape is vast, giving great opportunities for personal, unique investigation. The story is going to be very intense and filled with strange circumstances, that’s why the players will have to use all their skills and to maximally concentrate their attention. The fast pace action is created with the help of unique electronic techniques of game mechanics – you’ll certainly be impressed. Victorian-styled London will surround you with an incredible atmosphere.

So, the gameplay is going to be pretty challenging, but atmospheric and enjoyable. If you want to get to the end of this detective story, you’ll need to pass through many difficulties first. Are you ready for it?

What can we expect from the upcoming “Devil’s Daughter"? Let’s see:

Are you already excited?

"To the Devil a Daughter" Trailer