Do you like science fiction? If yes, there is great news for you! This summer the most adventurous game about the space exploring under the name “No Man’s Sky” is coming out.

The game “No Man’s Sky” presents an adventurous space action developed and published by the company Hello Games. If to believe the creators’ statements, the game should become really exciting.
Though the game is still under way, it is possible to make the preorder which will cost you about $35. 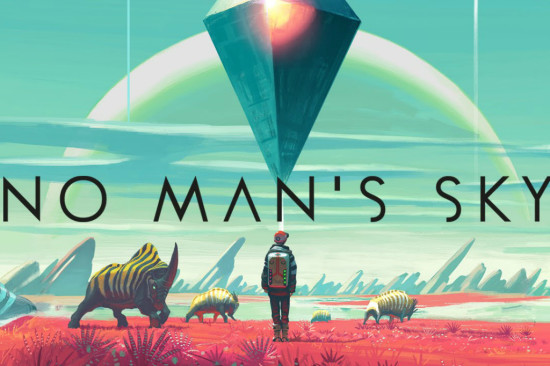 The place of action is considered to be the entire galaxy full of millions of planets and stars that are orbiting them. The galaxy has various life forms as well as the danger. Each planet is inhabited by someone and keeps some secrets.
The hero of the game can move to any of the planets. There are no limits and certain orders according to which you should visit the cosmic objects. Here you are able to explore the worlds and creatures you have never heard before.
The main goal of the game is to get to the bottom of the cosmos nature. At the centre of the galaxy, there is a pulse that attracts you. Is this a key to the truth?

You will certainly face on your way of investigating the world different enemies, as for instance the space pirates. In order not to be killed by them, it is needed to upgrade your ship, weapons, and suit constantly.
You can choose any role in the game that is to your liking. For example, you can be a trader who is exploring the galaxy in search for resources in order to use them on the highest prices. Plough into the cargo ships and you will get great benefits that will turn you into the wealthiest person in the galaxy.
And what’s about the explorer? Investigate simply places and things without any looking for the profit. Improve your ship’s engine in order to jump into the deep areas of the galaxy. Do not forget about upgrading your suit. It will help you not to become the victim of toxic environments of the planets you are going to discover.
Do you mind becoming the fighter? In this role, you can make raids on different planets and rob them taking the most valuable thing in order to add them to your collection. Improve you armors and the speed of the space vehicle. Spare no expense as it will be a contribution to your future power and invincibility.

What about the release date?

No Man’s Sky release date in North America is considered to be June 21, 2016. In Europe, it launches the next day and in the UK – two days after the premiere in Europe.
The developers assure that they have been working hard on the development of the game. So they are looking forward to the commentaries about the game no matter what they will be, positive or negative. If there are some drawbacks, the creators are eager to rectify them as soon as possible. The team of developers is also willing to hear what everyone would like to see from the game. Any useful feedbacks will be appreciated. So let’s please our creators and try the game at the launch day.