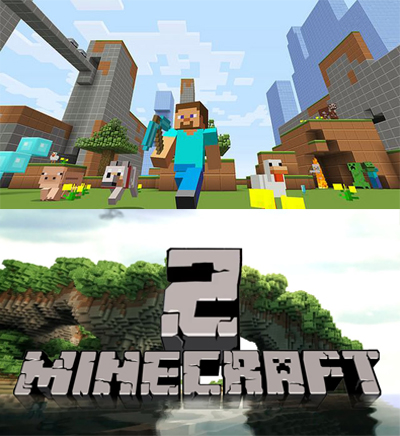 Fans of the most popular cross-platform video game of the recent, Minecraft, are discussing the possibility of playing its second installment some time in the future. What do the publishers have to say about the likelihood of Minecraft 2 release?

There has been talk, following some changes in the team of Minecraft developers, that the living legend may have a sequel. The acquisition of Mojang Studio by Microsoft in fall 2014 let the gamers assume that the new game should be released for Xbox One and Windows.

Do we really have a chance to see the second part of the game? Phil Spencer, the chief of the Xbox game development department, has said in an interview with Gamespot that it is very unlikely that the second installment will be out soon. Although he agreed that Minecraft 2 would be a really good idea.

The game has found the way to the hearts of completely different categories of players, from casual to core gamers. Minecraft is a massive multiplayer online survival block building game.

The idea of Minecraft

The game appeals to the hearts of the millions not because of its outstanding graphics or its cunning plot. Those are secondary in Minecraft. The best thing about the game is that everyone can participate in the creation of the worlds. The game allows every player select difficulty level and a mode, and to choose a world to play in. From the least difficult levels and to the heights of complexity, the player’s journey is going to be exciting and memorable.

So can we hope for Minecraft 2 to be released soon?

The team of the game’s developers are not so sure as to whether to make a sequel. The abovementioned Phil Spencer also does not see the need in working on the new version. He sees the world of Minecraft as diverse and fascinating, and that seems to be enough for the players. Besides, it would make more sense to work on the current version, extend it with new features and improve the gameplay, rather than throw an immense amount of resources in order to make a new game.

Having all the information above, we can say that releasing Minecraft 2 is not as necessary as improving the game regularly and constantly. Instead of a new installment, it could really be better if we received a refreshed version of the original game.

The release of Minecraft 2 will not happen in the nearest future, as the current one has not gotten old yet. It can be improved and worked on instead.

Do you play Minecraft, one of the world’s most popular multiplayers?