There is the breaking news for the admirers of the legendary series of the films under the title “Star Wars”. The company TT Games, the developers of the famous video games series “Lego”, is going to launch another part of the series named “LEGO Star Wars: The Force Awakens”.

Nuts and bolts of the game series

As the chief Designer named Mike Taylor said, the developers were given carte blanche concerning the points of depicting the principal heroes and the additional material. The science fiction world is going to expand greatly due to the content that includes the events which have taken place before the action “The Force Awakens”. 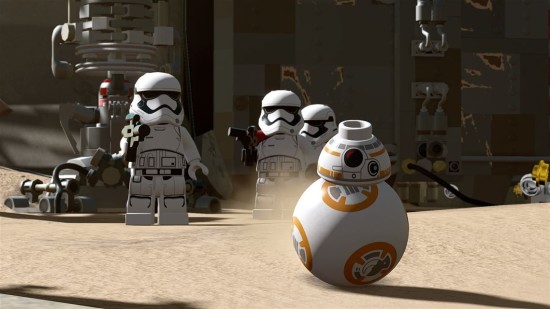 The players who appreciate the Star Wars brand are sure to take a keen interest in the backstory of their beloved characters being provided with the tie-in insight about the story. Thus, the video game is to reveal the reasons for which some events are happening in The Force Awakens and why some heroes have ended up where they are.
The additional material is taken from the content which Lucasfilm, the American motion picture company that is considered to be the owner of the film series “The Star Wars”, possesses. Some missions are also inspired right by the Marvel’s new comic books.
All the content from The Star Wars will be mixed with the humorous adventures of LEGO characters.
The new game will provide the characters with the improved options that they should experience, such as the increased “Multi-Builds” system where the users are able to choose from multiple building options to improve the game.
The players will certainly take part in exciting Bluster Battles. Dogfights in space environments on various flying machines, such as Millennium Falcon at high speeds will not leave anyone who tries this game unfazed.

The story of LEGO Star Wars: The Force Awakens 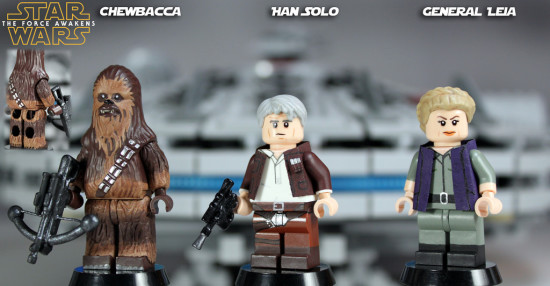 The team of the principal characters consists of the following heroes: Rey, Poe Dameron, Han Solo, Finn, C-3PO, Chewbacca, BB-8, General Hux, Kylo Ren, and Captain Phasma.
The released trailer makes the situation about the game story clear. Kylo Ren fights to unblock his three-spiked lightsaber. Low-flying X-wings drive a fisherman out of his shallop while Finn jumps up before the desert scenery after the following phrase sounds: “There has been an awakening. Have you felt it?” However, it is much more useful to watch it with one’s own eyes. However, as the proverb says, a picture is worth a thousand words. So, See it in order to enjoy the real graphics of the upcoming game.

The information about the launch

The adventurous and beloved story about the Star Wars heroes is going to come to please its fans this summer. The LEGO Star Wars: The Force Awakens release date is, to be exactly, June 28, 2016. It will be accessible for such platforms as Xbox One and 360, PS3, 4, and Vita, Nintendo 3DS, Wii U, Windows for PC. The publishing company is going to be Warner Bros. Interactive Entertainment.