This fall 2015, the new game, Human Element, was scheduled for release. Let us see what we know about the game and its production.
The apocalyptic shooter titled Human Element has been in production since 2012. After three years, we have seen a trailer and an official release time. The president of the Robotoki, Robert Bowling, announced the game’s release on the popular platforms – PC, PS4, and Xbox One. However, after partnering with the publisher company Nexon, Robotoki was not satisfied by the fact that Human Element had to be a free-to-play game, which the publisher insisted on. The two companies broke apart, but one of them – the developer – could not find another partner and was forced to shut down for unlimited time. The project Human Element was frozen. 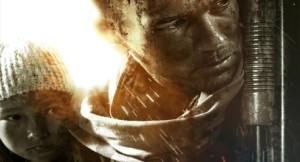 Human Element is a MMO, a FPS game, in which you kills hordes of zombies as you make your way to the remains of the civilization. It was scheduled to be released in November 2015, but has been postponed for unlimited time.
Do you think the project will be resumed?