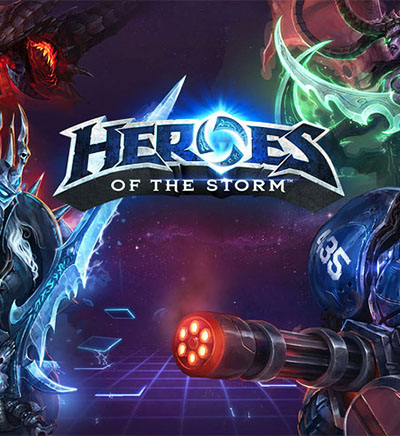 Heroes of the Storm is an upcoming MOBA (multiplayer online battle arena) video game for PC by the famous Blizzard studio. The project unites the characters of the three popular game series into one: Diablo, Warcraft and StarCraft. Developers, however, do not limit themselves just with MOBA, but are going to introduce the unique gameplay capabilities.

The games of the MOBA genre can be characterized with groups of characters controlled by players who unite to fight and have the common purpose of destroying the central building of the enemy base. MOBA is a special genre of computer games which has gained popularity over the recent years. If you go with a broader definition, those games can be described as RTS (real-time strategy) with an action game component.

Heroes of the Storm will be distributed as a free-to-play game, which means it is free to download and install. The project will be monetized through micro transactions. The exact release date is not yet known, but it will be finally out in 2015.

A well-known American company Blizzard Entertainment is developing the game. It has previously released a few iconic series many players have grown up with. The company will be solely responsible for the game`s production and release, and the game will be localized in the following languages: French, German, Spanish, Polish, Italian, and Russian.

The idea of the Heroes of the Storm was born in 2010 after the Blizzard DOTA map for StarCraft 2 announcement. After the legal proceedings between Blizzard and Valve and the transition of the latter to Dota trademark, the project has changed its name to Blizzard All-Stars. By the end of 2013, the game`s concept was more or less shaped, and the project has changed its name once more, resulting in Heroes of the Storm. On March 13, 2014, the alpha-version of the game has been launched for the limited number of players.

Players will fight in groups of five. The main task will be to break the defenses of the rival and to destroy the central building. Computer-controlled units will assist the attackers.

The absence of individual experience level will be the game`s specialty: once the experience is gained, it is attributed to the team as a whole. Characters` equipment and in-game currency won`t be there as well.

It has been revealed that the game will have several modes, including PvC (player versus computer) and PvP (player versus player). In the PvP case, the opponent will be conducted through the Battle.net platform.

The game will have popular characters from the Blizzard games` universes. They include: Diablo, Sonya, Tyrael, Valla from Diablo; Abathur, Jim Raynor, Sarah Kerrigan, Zeratul from StarCraft; Arthas, Illidan, Falstad, Malfurion from Warcraft, and many others. All characters will play certain roles – fighters, assassins, support, and specialists.

Currently, five locations are known to be available for battles: Garden of Terror with its change of day and night, Cursed Hollow with a vast amount of flora, Haunted Mines with dungeons, Dragon Shire with Sun and Moon Obelisks, and Blackheart`s Bay with a very small amount of plants and an arriving ship.

The sellswords` camps will be on the map too. They are special units which can be captured and controlled for a more strong attack on the enemy`s base. Every map will also have its own secrets, by solving which you will be able to gain additional advantage. 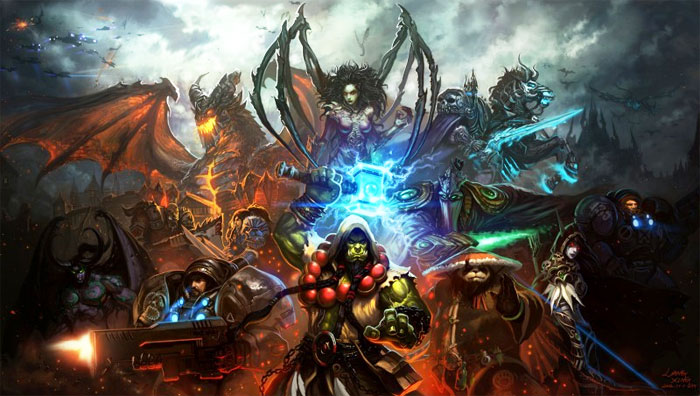 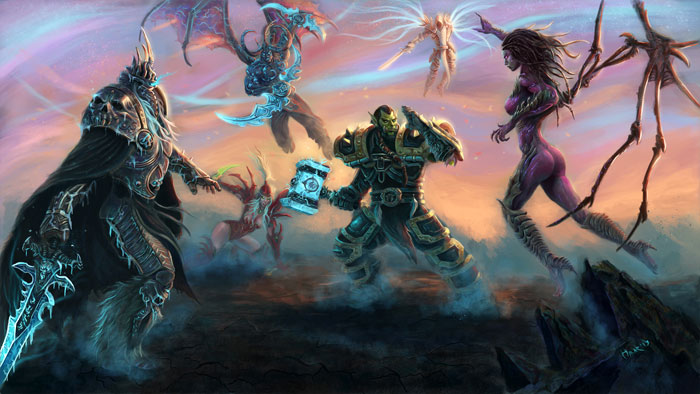 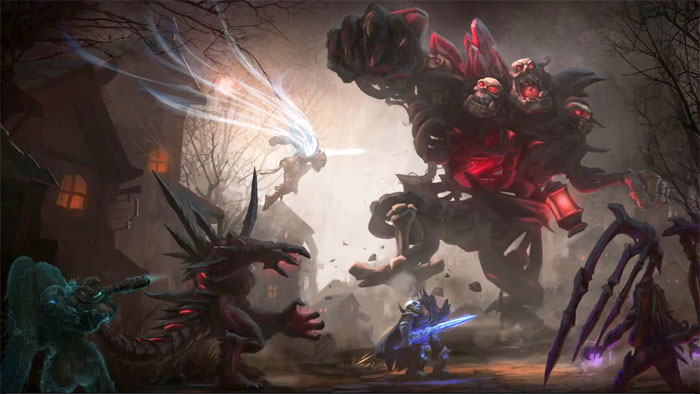