Another massive hit from a popular video game series is on its way. Halo 5: Guardians will be released pretty soon, according to the information available.
The game series under a common title Halo have united gamers worldwide for years now. Every new game, in fact, means more sales for Microsoft consoles, Xbox One. Millions of dollars of income and armies of fans have been a nice stimulus for Redmond to continue with the franchise. Thus, at the E3 event held last year, Halo 5: Guardians was announced.
The developers from 343 Industries, who are behind the fourth part, are currently working on the fifth installment of the Halo series. The new chapter will run on a brand new engine which uses the full capacity of Xbox One consoles. This means that the upcoming Halo game will require new generation hardware while providing the players with a unique experience they haven’t had in the past versions. People from the games’ wing of the Microsoft corporation believes that Halo 5 with graphics at 60fps will be sonething completely different in scale and effect, compared to what the gamers have gotten used to during the last decade. 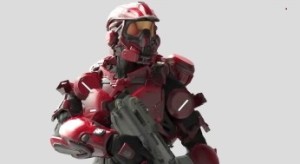 Meanwhile, nothing in particular has been known about either the game’s plot or its main character. All that the fans are left with is the last year’s trailer and samples of the game’s art. Right now, the only two things are known for sure – that the game will be released in fall 2015 (as announced at the E3 event), and that it will be available for the Xbox One only.
Those lucky ones who have pre-ordered Halo: The Master Chief Collection can benefit from getting an opportunity to beta-test Halo 5: Guardians. They can share their insights.
Another great Halo-related event was held in November last year in Los Angeles. It was called HaloFest, and it gathered Halo fans under one spacious roof of the Avalon cinema theater. Some deatails have been recealed there.
Halo 5: Guardians will be definitely out in fall 2015.
What are you expecting from this revolutionary new product? Have you been playing beta yet?