The Final Fantasy XV game, which was known earlier by the title Final Fantasy Versus XIII, is soon to be out. This action RPG will be released for Xbox One and PS4.

The demo version of the game will be ready in March 2015. The future release of Final Fantasy XV was made known by the developers from Square Enix eight years ago. Despite the long wait, the people must be delighted about the prospect of receiving their demo (Type-0) codes on March 20th. The demo game will certainly contain the elements of the main story. However, the plot itself will be changed a bit, in order to leave all the uniqueness to the original story. You can watch a video trailer of the game which was released by Square Enix upon the announcement. 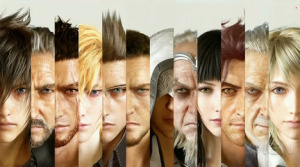 The plot will undergo a series of modifications also because of the change in the creators’ staff. Tetsuya Nomura, who was also responsible for making Final Fantasy Universes United and Kingdom Hearts, along with Disney products, was replaced by Hajime Tabata. Such an exchange will allow Nomura dedicate all his time to the game Kingdom Hearts III, which has long been planned.
It has been known that the new Final Fantasy game is to come in May 2006. For over 9 years, the fans have been waiting for the release date announcement, and during that time, the game was undergoing some significant changes – apart from acquiring a new title, it had to be moved to the new platforms, such as Xbox One and PS4. The upcoming game will be gloomier than its predecessors. The game’s combat scenes use the elements like those used in Kingdom Hearts games, and the main activity unveils in an open world.
The Final Fantasy series offers a number of single player games which are extremely popular around the world. The number of Final Fantasy XIII copies sold was more than 7 million.

Final Fantasy is an RPG where a player relives the story of a prince whose duty is to protect the last Crystal in the entire world. The protagonist’s name is Noctis Lucis Caelum, and he is heir to a royal family. Although he doesn’t have the title yet, his place of origin is of vast importance – the land controls the Crystal, which is the only one left. It is currently used to support the existence of Noktisa country, while other realms have chose the military way – they concentrated all their capacities on the armies and decided tof fight Noktisa in order to grab the Crystal. As the armies gather around its borders, the country gets isolated from the rest of the world. In the brief period of peace, all the conspiracies come to the surface.
The last quarter of 2015 will be a joyful time for the Final Fantasy fans who are patient enough to wait a little more. The Final Fantasy XV demo version will be out in March 2015.
How long have you been waiting for the new Final Fantasy chapter?