DayZ is an upcoming game, a standalone version of the mode to ARMA 2 and its expansion pack, ARMA 2: Operation Arrowhead. The game whose official name is DayZ Standalone will be released the earliest in 2016.
Currently, the game is on its alpha-testing stage. The publisher, Bohemia Interactive, has resolved to launch the final version in early 2016, while PS3 owners are rumored to get access to it in the third quarter of 2015.
Another concern regarding the game, apart from the rescheduling of its release date, is its price. Immediately after the beta-version appears on Steam (this might happen in late 2015), the price will be around $44, while the following sale will reduce it to $35, and the upcoming stage of wider acceptance will make it worth up to $50 in 2016. 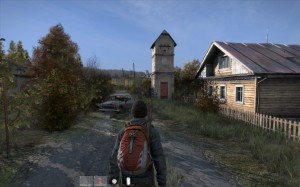 Changes and upgrades that the game will see during its production and post-production
In the first quarter of 2015, some basic vehicles in DayZ will be added. Improved loot distribution, new render functionality, new zombies with artificial intelligence technology implemented, and disease treatment capacities are among the main improvements at that stage.
After that, during the second quarter of 2015, some new features will be added, including: transport maintenance and upgrades, more realistic animals with social characteristics added, and a new improved graphic user interface.
The following quarter will bring the increase of diversity to the DayZ game. The characters will acquire new skills, the animals will be replenished with new species, as well as air vehicles with new models, and there will be a console prototype ready.
In the remaining quarter of 2015, the fans will see the beta version of the game, which will be integrated with the SteamWorks community (this will allow buying the game, saving the progress). The game’s database will be formed too.
The complete full version of the DayZ game will be out in 2016 on Steam. Xbox One, PC, and PlayStation 4 versions will be out somewhere close to the Steam date.
Will you be playing the beta version or would you like to wait till the final release?