Gearbox Software has shared news about the project Battleborn, a "hero shooter". The studio has developed a new video game Battleborn, it is characterized as a first-person shooter. 2K Games helps with Battleborn publishing and releasing for Microsoft Windows, consoles PS4 and Xbox One. The genre is a real-time strategy action. The open beta Battleborn will come first on consoles PlayStation 4 as it was announced at the PlayStation press conference. 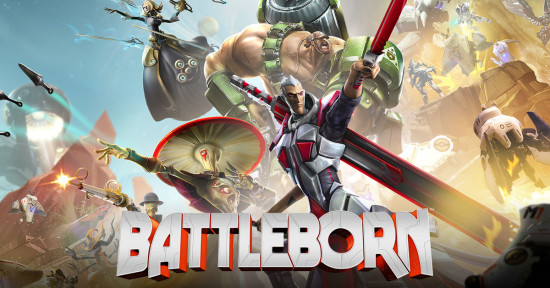 Revealing of the new features

The new trailer presents three modes where several players compete with each other:

Battleborn action unfolds in the distant future. The game world is on the brink of destruction: for surviving, a group of heroes will unite to defeat the world’s evil. A team will be involved into the joint playthrough. The game features a strategy where a player controls a character that fights in the team with the same players. A maximum number of participants is ten, fights are held in the "five by five" format. 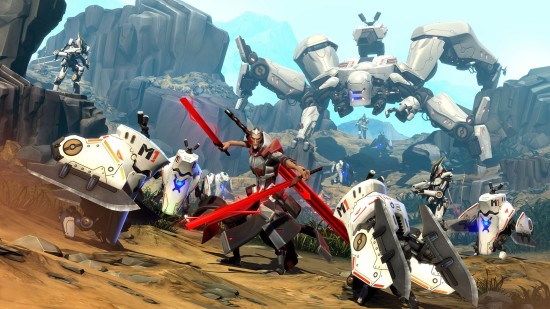 The developers will add a storyline campaign and will experiment with the history presentation. The game wants to abandon the tailoring to the main storyline:  a player decides where to go and what tasks to perform. Players will pass a level repeatedly for gaining additional experience and trophies.
In the developed version a hero doesn’t have to pass the mission alone. The creators have made a joint six-players team. The joint playthrough will be realized in split-screen mode, or remotely, via the Internet.
The final version of Battleborn offers twenty-five additional characters on the user’s choice and a new playable character – old machine for murders. The characters’ development in the story campaign will be limited with the first ten levels, but in multiplayer there should be more. The heroes’ upgrade will be accomplished through the system called Helix.
On October 29, 2015, the players enjoyed the first technical test on PC and consoles Xbox One and PS4. Participants experienced Meltdown mode, The Algorithm mission and fifteen of the twenty-five playable characters.
Battleborn was supposed to appear on February 9, 2016, on PC, PS4, and Xbox One, but in the end, the release date was moved on May 3 of that year.