Kunos Simulazioni, a company developing video games, has confirmed the arrival of Assetto Corsa racing simulator on Xbox One and PS4. Wait for the new Assetto Corsa for consoles in 2016. The global game publisher company 505 Games Ltd. assures the game fans of the Assetto Corsa arrival date to consoles Xbox One and of course PlayStation 4 on April 22, 2016. 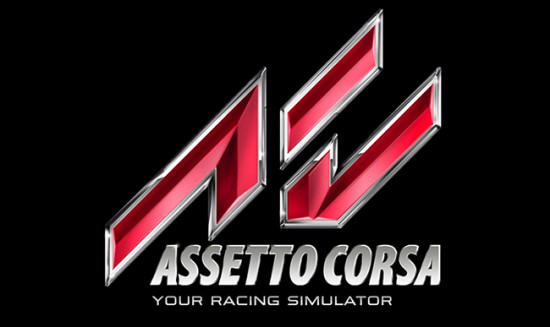 In 2014 the game released on the Steam’s Early Access and gained a huge interest as the most life-like racing simulator. The game merited the applauses from the loyal fans and critics so the developers decided to give a new joy by releasing a game in the console version. Although Kunos Simulazioni has always stated on the realistic experience as the main point of the game without emphasizing on the cars’ number, in console version there will be an appending of sports cars and new tracks. The company did its best and got the licenses from the most exclusive automobile manufacturers: Ferrari, Lamborghini, Lotus, Mercedes, McLaren, Fiat etc. The fanatic attention to every detail, which should look maximum realistically and the pure physics realism will proceed in a new version. 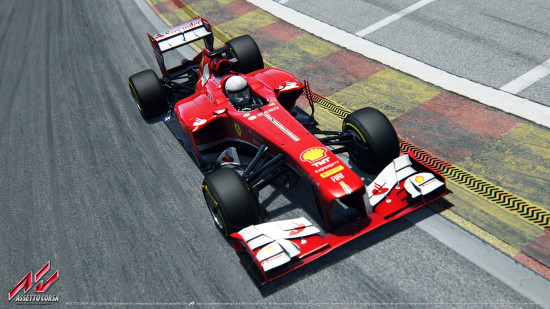 Kunos Simulazioni is preparing a host of novelties to the console premiere in 2016:

Kunos Simulazioni learned about racing due to the location of their R&D office right on the highway Vallelunga in Rome. Marco Massarutto, a co-founder of this Italian studio, tells about the picture quality: in PS4 the game will have 1080p (full HD) and in the Xbox One the picture will be at 900p. Marco explains that they tried to get the full HD but it becomes impossible. Forza developers work really good but they have unlimited access to the documentation of the console and its technologies. 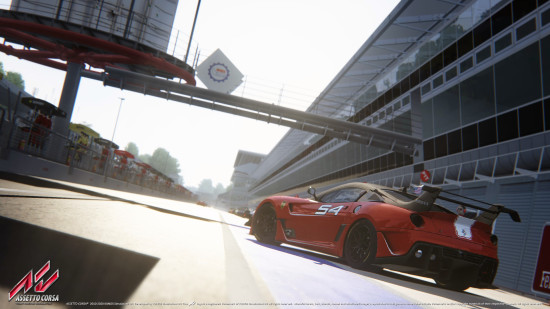 Playing the game you can admire the visual quality. The cover to Assetto Corsa console titles will be decorated with a fantastically fast Ferrari FXX-K, designed specifically for track days. Such cars are stored at the Ferrari company, no matter who and for how much has bought them. Asseto Corsa has already performed its E3 debut in 2015 by performing brand new content for computers and is going to release a version on PS4 and Xbox One in 2016.