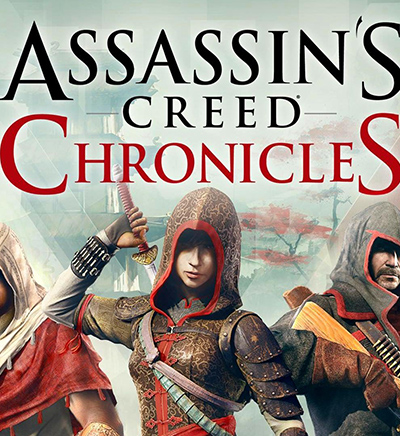 The pack includes three episodes which are going to be available not only for download, but in retail stores too. The full three-game pack will be released on the 9th of February, 2016.

The project is created by Climax Studios and Ubisoft Montreal. The players are going to set on a journey to three different civilizations from absolutely different history periods. You will see the dynasty of Ming, the Sikh Empire and even the Red October Revolution. Each chronicle is atmospheric in its own way and has a personalized unique setting. Each part is created with a special design, style and story and all of them are connected together with the narration.

The first episode of the chronicles “Assassin’s Creed Chronicles: China” appeared in spring 2015.

The next part of the franchise is called “Assassin’s Creed Chronicles: India”. It plunges you into the tense times of the Sikh Empire. You’ll see the private Indian armies owned be the British Empire in 1841. Here the protagonist must get hold of a mysterious item that will help for the protection of his love and his friends.

The last episode takes place in Russia of 1918. The main character here is Assassin Nikola? Orelov. His aim is to complete the last mission in the series, otherwise he won’t be able to leave the country with his family. He must infiltrate into the Tsar’s family house. He’ll has to stand against the Bolsheviks and get an artifact belonging to the Assassins for a long time. It turns out that it’s late to save the Tsar’s family, but Nikolai manages to take care of Anastasia – the youngest Russian princess. He saves and protects her with the artifact itself.

On the 9th of April the fans will be able to get a special release of Assassin’s Creed Chronicles consisting of three parts including China, India and Russia at once. The 9th of February 2016 is the release date of the third part of the project too.