This year we are facing many debuts and Nike Air Foamposites are just a part yet a great one of the whole slate. The “Copper” scheme comes together with its silver colleagues in 2017, on a side note. As the latter one is going to be released in spring, it won’t be a surprising piece of news that the copper edition will be added in March as well but no official data regarding the Nike Air Foamposite One “Copper” release date have been stated.

The “Copper” is not an original composition for the silhouette that is celebrating its 20th Anniversary this year. It was released in 2010 for the first time and gave a great push to editions launched within the period between 2010 and 2015. 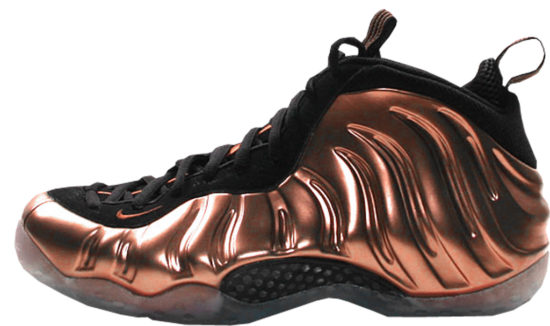 This has not prevented the pair from being included into the top Nike Foamposite releases of all-time.

Though everything becomes clear after looking at the images, let’s, however, describe the design.
Well, copper color and black upper collide in a very interesting form, creating the modern image for followers of unusual cosmic things. The semi-translucent outsole leads the shoes away from traditions. The small Swoosh signatures complete the design near the lacing. 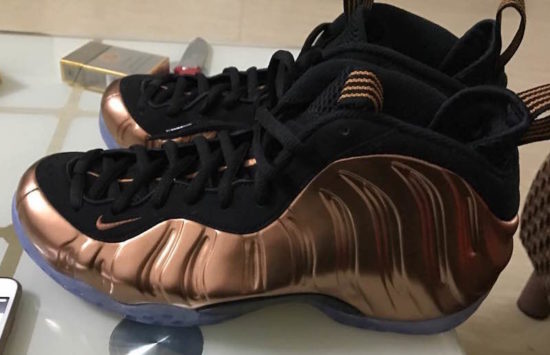 Are you deeply impressed? Do you feel the necessity to buy this pair right now? Share all your feelings with us, as we look forward to your opinions in the comments!
With the news being still to come off, stay tuned for info, as everything is around the corner.