Ascending from the heels of the imagination of Jordan Brand designers, the Alternate concept takes an Air Jordan 6 Alternate line and transforms it into a new color adventure. The concept starts its unfolding in early 2015. And now it is returning for those who love iconic Air Jordan models. What is the launch timeframe? Let’s describe the image at first and then turn to the release particulars.

Jordan Brand is proposing iconic Air Jordan models in other colorways that MJ could have theoretically worn during his playing days. The Air Jordan 6 is another line that could have been part of the fabric that helped create MJ’s legend today. 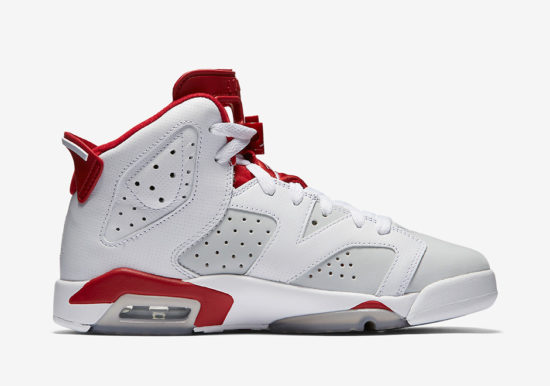 The red color offers a contrast to the white body that is speckled with grey inserts. The official scheme is called “White/Pure Platinum-Gym Red”. Indeed, the red color is fitting perfectly well in this platinum-gym composition. There is no denying the fact that the future release will be another prosperous campaign for the team.

Will It be Released Very Soon for an Average Price?

The new scheme color in Air Jordan 6 is coming out in the near future. Air Jordan 6 “Alternate” release date is 11th of March 2017. 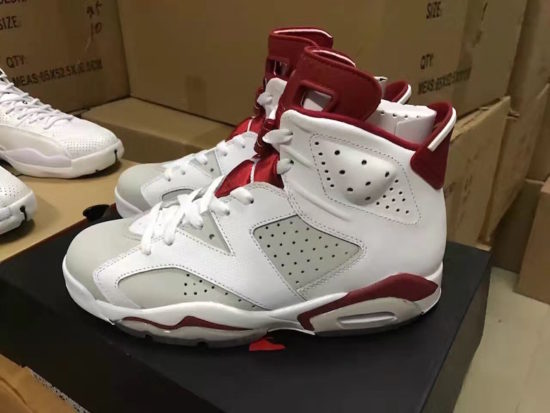 The price expected is $190 for a pair. A little bit higher than in other cases but it should be worth paying for it, surely. Do you look forward or remain unenthusiastic about the upcoming pair? Share your opinions with us! Stay also tuned for more news about the following releases in the Jordan Brand!