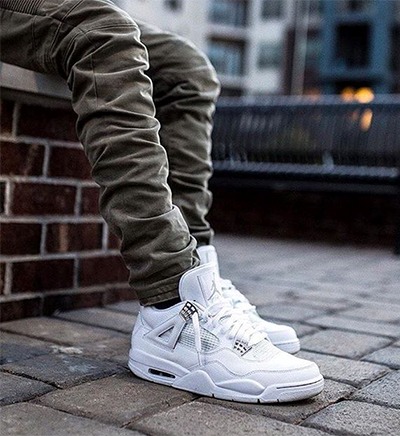 Purely white and, let us frankly say, stylish model of AJ 4 entitled Pure Money is planned to be released in the end of spring of this year. Read further for more information on the release, elements of design and possible pricing. The Pure Money model is going to be decorated with silver wings. This model was inspired by older versions of AJ 4 sneakers and the wings were added back to the design after they had been several times removed. Have a look at the preview photos to evaluate the design don’t forget to share your opinion with other users. Info that is more relevant can also be accessible on Jordan Release Dates webpage.

Quite a number of Air Jordan models have been restocked due to the requests of the public and Pure Money is not an exception with quite a long history. The original Pure Money model was initially released in 2006 thus becoming a first back up item in the retro AJ line. The restocked version looks almost the same as the original one, so if you’re a true fan of Air Jordan 4 footwear line, you won’t be disappointed. Besides, new technologies provide all AJ items with comfort throughout long lasting trainings, walks and sports competitions.

The overall impression is purely satisfying. The general clean look is combined with a slight hint of platinum glow on the top part and on the sole. The stamp of a Jumpman iconic logo element can be found on a heel cap. The retailing is planned for the end of spring – beginning of summer, so fans will be enjoying the release for the whole holiday season. Follow the news about further releases together with us and don’t forget to subscribe for updates. Air Jordan is constantly working on the new designs to provide their customers with practical and stylish footwear.

The AJ 4 entitled Pure Money is planned to be released on the 13th of May 2017 at the price of $190. The color is white combined with metallic silver elements. 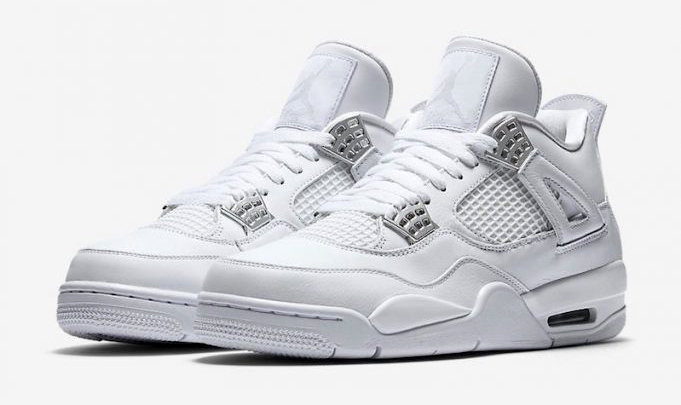 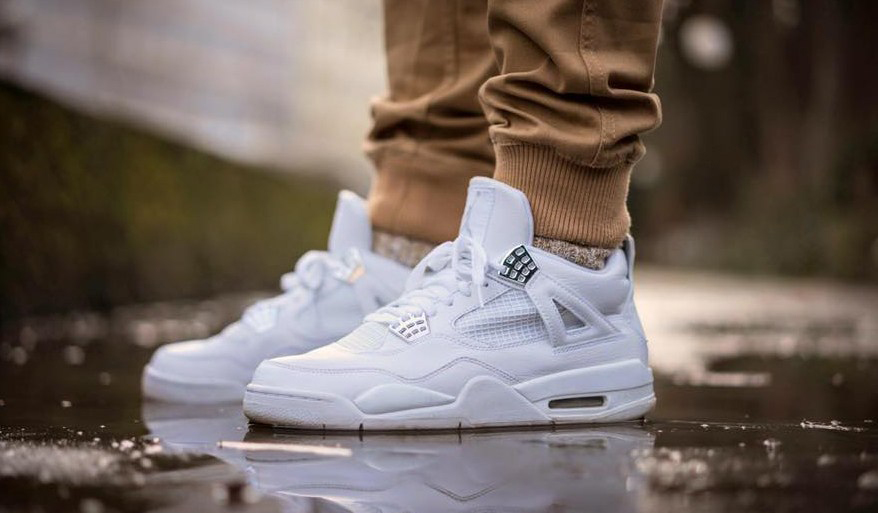 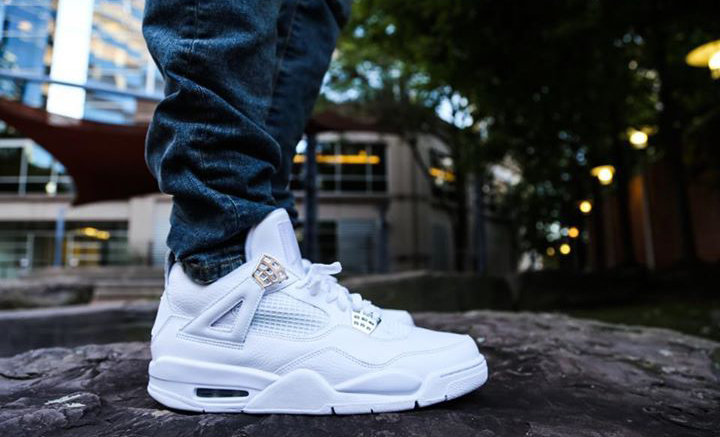