2006 saw this retro edition coming for the first time as a celebration of 4th anniversary of the team. More than a decade has passed since that limited release of one of the rarest Air Jordan 4 colorways. And now, with the iconic silhouette left untouched, Air Jordan 4 “Motorsports” is coming back very soon though Jordan Brand has made some alterations to the design. What are they?
In fact, the colorway will be almost the same. Blue-black color scheme marks strong adherence to traditions. White is serving as a basis for contrasting midsole, heel, and ‘Wings’. In some way, it does remind a vibrant Varsity Royal pair. 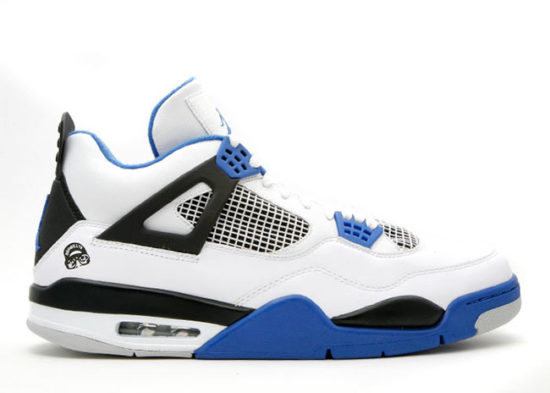 The Mars Blackmon logo appears again in the design resolution but here there is a turn of the tide. The Mars Blackmon’s visage will not adorn the heel panel, as on the original, but will appear on the tongue.

Great News for You!

A retail premiere is a scheduled event, with Air Jordan 4 “Motorsports” release date confirmed. To make things clear enough, the launching is starting on March 26, 2017. The news is quite awesome, is not it? 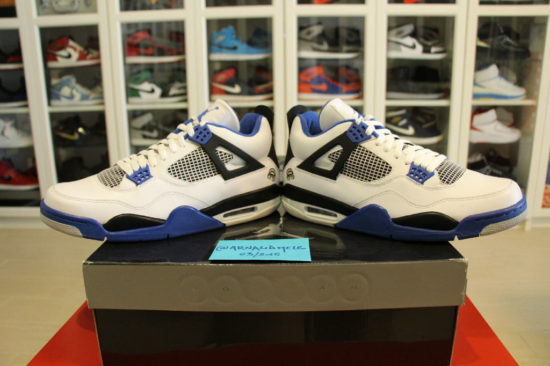 While waiting for the appearance of the new version on the shelves, take a look at this pair on the images. It should be worth expecting, as a traditional look of training shoes will be always the thing wanted come rain or shine. Do you feel the anticipation as for the coming debut of the retro style? In any case, Jordan Brand has made its best again to deliver a marvelous product. Keep looking forward to the release and follow the schedule of the sale launches of other training shoes from the Air Jordan 4 line.