Let’s speak about some retrospective things for a while. Early leaks unfolded information about the long-awaited release of Air Jordan 4 Black/Red. It has not been remastered since the turn of the century in 1999 after the original launch in 1989.
The revamping of the Air Jordan 4 line won’t include only this one offering various colorways for us to follow them this year. 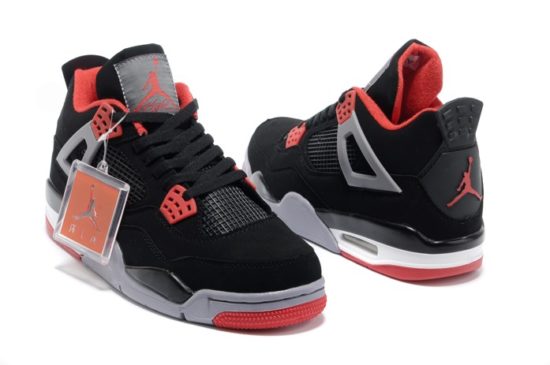 With black and red dominating, the white color will hit the body in some places. Nike and Air logos are sharing upper heels on a black leather basis.
With such features, every sneakerhead is expected to look forward to this pair. But what is about you personally? Are you anticipated? What do you feel about this upcoming black-red release? Is it to your liking? Don’t forget to share your opinion with us and others as for the releases of new Air Jordans in the section for commentaries below! We would be much gladdened to hear from you, as your thoughts are so-much important for us!

The expected shoes may reach the goal of being involved in the top Air Jordans of all time. Unfortunately, Air Jordan 4 Black/Red release date has not been confirmed yet but we may expect the news very much soon. As it is promised, the price will constitute $220. It is rather high, is not it? But still, it should be worth this sum.
Info promises to become so close to us. Herewith, we should monitor the situation scrupulously. Follow us to be in the swim if you are hungry for more info!