After Mike’s retirement, this was perceived as one of the queerest silhouettes due to the interesting design cues. The matter is that Jordan 15’s had inspiration in face of NASA’s X-15 aircraft for space exploration. Nevertheless, the story had a controversial part when many considered that the design of the sneakers was too much similar to high-fashion brand Prada.

Describing the Model in Short

The strangeness of the model is due to the woven lifestyle aesthetic that appears via exploiting a quick-lace system together with Kevlar mesh. Though the design is unique and not dear to someone’s tastes, we should give proper respect to a comfortable Zoom Air system added that takes cushioning to a high level. 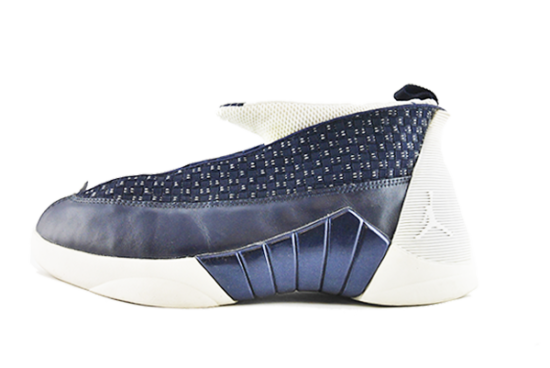 The contrasting cold white and dark blue are the colors that dominate equally there.
With all that at hand, would you agree to wear this pair? Are you anticipated? Get us informed of your thoughts concerning these and other matters as for the model in the section for comments below!

When Can We Face the Release? 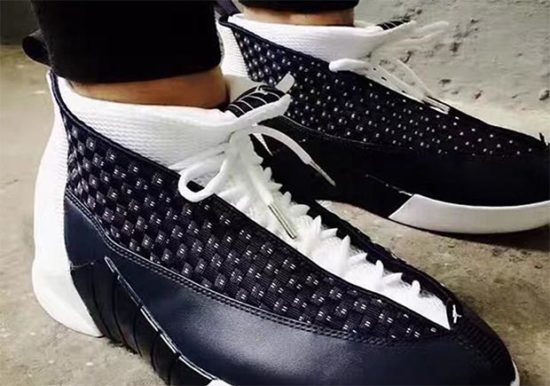 Not everything is so clear with the project, as neither the price nor the Air Jordan 15 “Obsidian” release date has been announced until now. The return of the original Black/Red Air Jordan 15 is dated back to January 2017.
The launch timeframe defined is closer than you may think – spring 2017. If is this way, we may expect the closest news to come off. Stay tuned for more data if you feel excited about the upcoming revamped model.