With Todd Haynes chosen as a director, the film promises to hit theaters this year though Wonderstruck release date remains undefined so far. The drama movie is an adaptation of the novel of the same title penned by Brian Zelnick. The author of the book has turned to take over the leadership of the screenplay writing team. The collaboration is aiming at becoming fruitful with Haynes’ ability to make the most of the storytelling capacity of the film.
Apart from Christine Vachon from Killer Films, Pamela Koffler and John Sloss are also producing the flick. The companies behind the development are Amazon Studios and  FilmNation Entertainment, with the latter one responsible for sales around the globe.
Embarking on shooting at the close of spring 2016, the behind-the-scene crew concluded it already in the middle of the following summer. 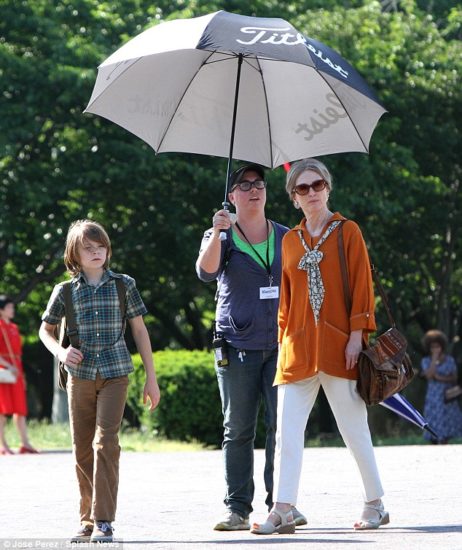 Two stories of strangers come intertwined when they meet each other in New York City. They have followed two different goals when setting off on a trip there. Rose leaves her home in New Jersey to find and follow her idol Lillian Mayhew. Meanwhile, Ben goes to New York from Minnesota, having found a strange note after his mother’s death.
The story will include two time spaces – 1927 and 1977. With the focus on Rose as a child, the first part of the film is referred to the genre of silent movie, as a girl is deaf. Therefore it is expected that the movie is staying faithful to the book as much as possible, with portraying being supposedly so much vivid.

Attempting to recreate the aesthetic of the deaf film era in the best way possible, the developers were in charge to cast deaf and hard-of-hearing actors providing the deaf-acting community an invaluable opportunity for self-advocacy. Julianne Moore stands as the biggest name in the list, performing the double role of Lillian Mayhew and the older version of Rose. Millicent Simmonds is a 13-year-old actress who is making her debut on the big screen. Apart from them, the performance crew is compiled of the following names:

Without a Defined Release Date

Though shooting has concluded, there is no preliminary data concerning the precise release date. It is only said that the launch is scheduled for 2017. With such info at hand, we can just stay tuned for more updates. The all said above adds to our anticipation and expectations towards the future movie, as the film is actually one of the most expected ones in 2017. Keep on following us!