What is the future of the film? What is the news? So far, the project has no director, as well as the lead performer of the role of Nathan Drake. The release date is confirmed, however. It is June 10, 2017. Let’s hope that up that time, the producers will have a full picture to present it to the anticipated audience. 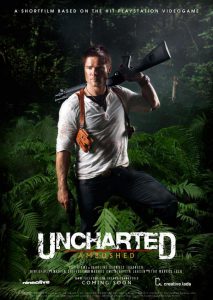 A New Adventure For Us

Next year, the audience will follow a new adventure of Nathan Drake. After discovering the location of El Dorado, a fortune hunter decides to find the deserted golden city, as well as to search for the hidden treasure left by his ancestor, Sir Francis Drake. The basis of the story is the eponymous game by Sony production.
So far, there are no other specifics on the plot but it is widely known now that the narrative written yet by Russell has been changed somehow, and that the ‘Soprano-style family’ idea has been removed completely.

Some Facts from Development History

The story has been under development since 2009. The members of the behind-the-scene and acting crews have been coming to the project and leaving it during the course of the production. This disappoints the anticipated audience, surely, but we have nothing to do but follow the developments.
As of today, Joe Carnahan serves as a scriptwriter while the position of a director is vacant. Charles Roven confirmed this afterward. Many candidates on this place were considered while castings including Seth Gordon whom the producers appointed even in 2014 but then he refrained from this part due to creative differences.
As Druckmann has said in April this year, the most important aspect of the movie is the relationships between characters and many talents the director should have in order to convey them in the best way. 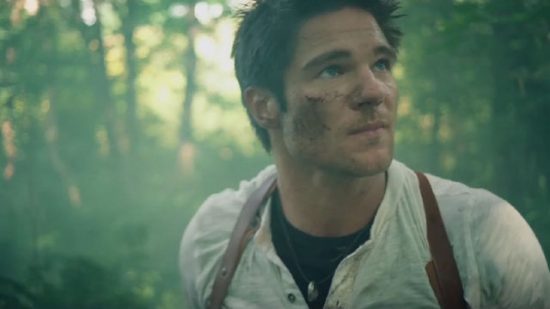 Many candidates were struggling for the lead role of Nathan Drake including Nathan Fillion expressing his strong wish to embark on creating this central image. He started even a campaign on Twitter to encourage fans to support him in this endeavor. But that was in the far 2009 year.
Mark Wahlberg was chosen by O. Russell to perform the lead role. He confirmed also yet in 2011 that Joe Pesci and Robert De Niro would be the members of the acting crew. With the departure of Russell and Wahlberg, it is possible that Fillion will be chosen as the most suitable actor for the role. So, in any case, let’s see which way things will go.

As For the Exact Release Date

Though everything is so obscure with the project, we have nevertheless the Uncharted: Drake’s Fortune release date confirmed formally yet in 2014. It is June 10, 2017.
We can only dream now that the premiere will not be postponed for the reason of the absence of a director for the film. Let’s hold out hope that the situation will be improved by the producing team and that the following year will see the premiere by any means.