The third part of the Purge film series is coming out in the middle of this summer. The film is expected to be frightening and uncomfortable for the nervous system as usual.

Two years since Leo Barns suppressed his desire to revenge on Purge Night have passed. Now he works for the senator as her bodyguard. 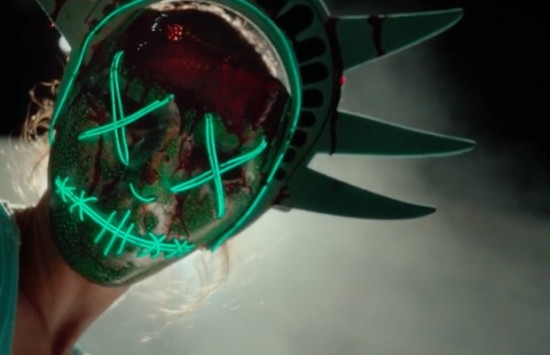 The senator Charlie Roan is fed up with the so called Purge Nights, 12 hours of anarchy and murders for which no one will be responsible in the morning. They are conducted each year. They are created by the New Founders of America to keep the state strong. The thing is this Night that is held once in a year gives an opportunity all to the members of society to forth out all his evil instincts in order to follow the state laws and rules conducting themselves in a proper manner before the next year when the regular Purge Night comes in.
The main character Charlie is running for the presidency in order to bring this terrible tradition to a complete close. However, the power players are against her intentions. She finds herself completely powerless in this unequal battle.
As the result of the treachery Roan finds herself on Washington streets when just another terrifying Purge Night begins. She and her security Leo Barns should live out the most horrific hours in their lives or sacrifice for their sins against the country. To what their unexpected dangerous adventure is going to lead them, we will get to know this summer. 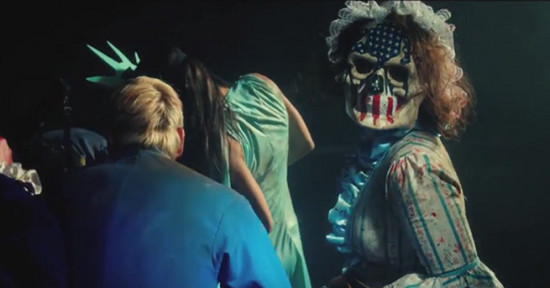 The team of developers

The director and the writer of the screenplay of the film remain unchangeable. It’s the one and the only James DeMonaco whom we must thank for the excellent previous parts of the franchise.
The producing team includes Jason Blum, Michael Bay, Brad Fuller and Andrew Form. The latter one is the co-producer of Teenage Mutants Ninja Turtles.

The return of some characters

In the third part of the franchise some personages are going to show up again. As for instance, Frank Grillow, who starred in the second part, but we know him mostly for his role in “Captain America”. In the second chapter he played the role of a heroic Sergeant. Maybe the developers had a second thought and decided the this line should be continued in any case and by the same actor.
Elizabeth Mitchell, Edwin Hodge, Betty Gabriel, JJ Soria and Mykelti Williamson are also to reprise their roles in the third chapter. 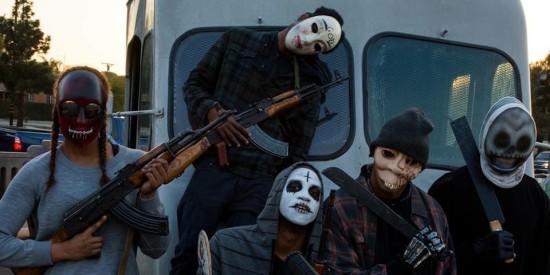 The Purge: Election Year release date is considered to be July 1, 2016. At the same day by the way the launch of the BFG cartoon takes place in the USA. That, however, suggests that this date is going to be a kind of holiday both for children who love miracles and giants and adults who are fond of horrific thrillers.
The developers promise and the trailer proves this that the third part of the franchise is going to be widely extended in terms of the plot and the universe. The viewers will get to know much more information about the “New Founders of America”. Thus, the third part will achieve the highest peak of the franchise success.