Wandering for fresh news on your favorite actors and their new films? Wanna know more about the upcoming premieres of movies and animations? We constantly surf the net for up-to-date news on the upcoming projects. Check this out if you’re desperately searching for something really enjoyable. This time we’ll have a look at The Outskirts movie and its official or possible release date. If you’ve got something to share with us on new releases, leave it in the comments below. 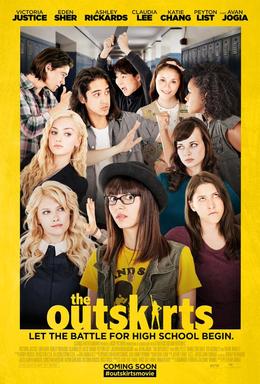 The Outskirts is an American 20th Century Fox comedy movie for teenagers created by Peter Hutchings, Dominique Ferrari, Suzanne Wrubel and produced by Brice Dal Farra and Claude Dal Farra. The plot of the movie concentrates on two best friends Jodi and Mindy planning a social revolution and uniting with school outcasts in order to revenge Whitney – local alpha female.

Jody (played by Victoria Justice) becomes a victim of a terrible humiliation after a prank of the most popular girl at school. She and her best friend Mindy (played by Eden Sher) start planning their revenge. They do their best to unite all of their school’s outcasts to organize a cruel prank of all times to smash that selfish alpha female. Sounds like a nice twist of a plot, but the story gets and unexpected twist.
A taste of power made two best friends ruin their friendship. Jodi’s relationships with Dave (played by Avan Jogia) also went into the phase of threatening sabotage. Is there any way out of this complex situation? 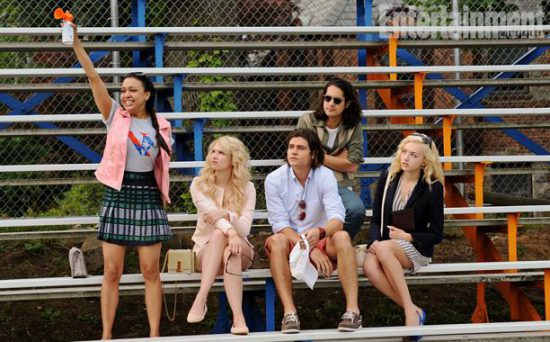 The filming began on the 2nd of July, 2014 in New York. Two images from the movie appeared in the Net on the 29th of July. The official poster appeared on the 14th of May. 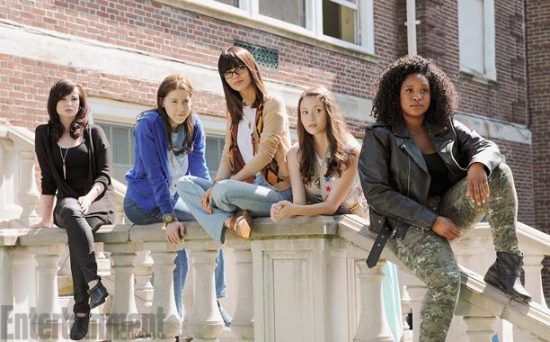 Peyton List is the youngest in the cast. Her character is the same age as her.

The first release of The Outskirts was planned for the 26th of June, 2015. Later, the date was pushed to the 6th of November the same year. After that, there was a post on the official Twitter account that the film would come out in 2016. The exact release date is the 31st if December, 2016.